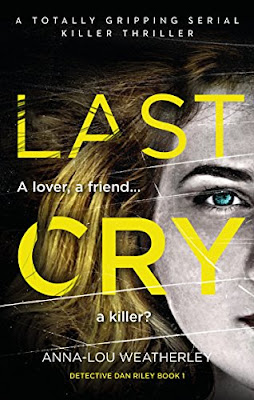 There’s a letter on the floor covered with blood next to a heart-shaped box of chocolates. The note says: ‘My beautiful darling, I’m sorry, please forgive me.’When the body of a man is found with his wrists slashed in a London hotel room, it appears at first to be a tragic suicide. But Detective Dan Riley suspects there is more to this case than meets the eye and the pathology report confirms his worst fears – the victim was poisoned and suddenly Dan is dealing with a murder inquiry.

Still grieving the devastating loss of his girlfriend and unborn child in a car accident two years ago, Dan throws everything he has into the investigation. Then he makes a disturbing discovery, uncovering links between the victim and a woman calling herself Goldilocks on an online dating site. Is she seeking revenge or something more?

Yet just as Dan begins to piece together the clues of this complex case, the body of a woman is found in her bed with identical wounds. Dan is on the trail of a twisted serial killer – and the stakes just got higher:

The first victim was Daddy Bear. The second Mummy Bear.

Unless Dan can catch the killer, Baby Bear will be next.

An all-consuming and totally unputdownable read that will have you holding your breath to the very last page. Perfect for fans of Rachel Abbott, Robert Bryndza and Karin Slaughter. 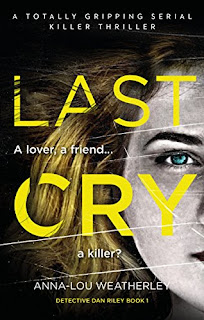 My review of Last Cry
Last Cry is a fast paced, witty and utterly likeable crime novel that I simply could not put down. This was a refreshing read with a new distinctive voice. Last Cry is the first novel in a new and exciting detective series staring Detective Dan Riley, and I loved it.

The book revolves around a serial killer, a woman who calls herself Goldilocks. We are introduced to her very early on in the novel, as we read her perspective in alternating chapters. At the beginning she poisons a wealthy businessman, leaving behind a suicide note, but we have no idea who she is or whys she has killed him. This character instantly piqued my interest. There was something about her that both unnerved and excited me, and I wanted to get to know her more and understand her motives. As with the fairytale of Goldilocks and the Three Bears, the police team work around the clock to find out who this illustrious Goldilocks is as we all know the ending to the tale with Baby Bear. This in itself made me race through the pages as I wanted the to find and stop her before she could hurt any baby.

This book works so well because of the main protagonist, Detective Dan Riley, he fascinated me. His back story is that his long term girlfriend, Rach, died two years ago in a motorbike accident and he hasn't got over her death. He talks to her constantly. Here is a likeable man, a decent man who is having to face his demons, and pretend that everything is normal while in the middle of this difficult case. I liked Dan, a solid guy with a heart of gold, and the novel works so well because of him. I cared about him and what he had been through and wanted him to heal and start afresh, to live life.

This really is a fast paced book that made me catch my breath a few times, and I found myself asking, 'what the hell just happened then?' The chapters are short and snappy and we get alternative chapters offering both Goldilocks' and Dan's point of view. Dan's story is told in first person and I really liked this style as I felt closer to him, almost as if he was sharing his story with me. Both voices are distinct, and at times Goldilocks's voice is very warm and witty, so, a different voice to what you would expect of a cold blooded killer. As I have already said, this book is very refreshing and had a truly distinctive style and voice.

Last Cry is an absolute joy to read. The plot is highly addictive, and I cared about the characters, on both sides of the law. This really is a page turner of a read that will leave you wanting more.