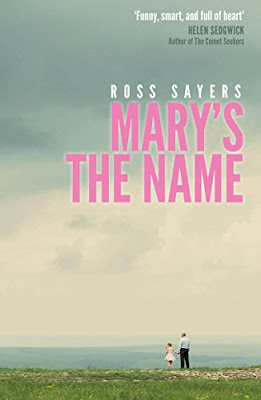 About Mary's the Name

“When me and Granpa watched James Bond films, he told me not to be scared because people didn’t have guns like that in Scotland. That must’ve been why the robbers used hammers.”

Orphaned Mary lives with her granpa, but after he is mixed up in a robbery at the bookies where he works, they flee to the Isle of Skye. Gradually, Mary realises that her granpa is involved. And the robbers are coming after him–and their money.

Mary’s quirky outlook on life, loss, and her love of all things Elvis, will capture your heart. Full of witty Scots banter, Mary’s the Name will have you reaching for the hankies, first with laughter, then with tears.

Heart-warming and heart-breaking, this darkly comic debut is from a fresh voice set to become Scotland’s answer to Roddy Doyle.

‘Funny, smart, and full of heart’
HELEN SEDGWICK
Author of The Comet Seekers 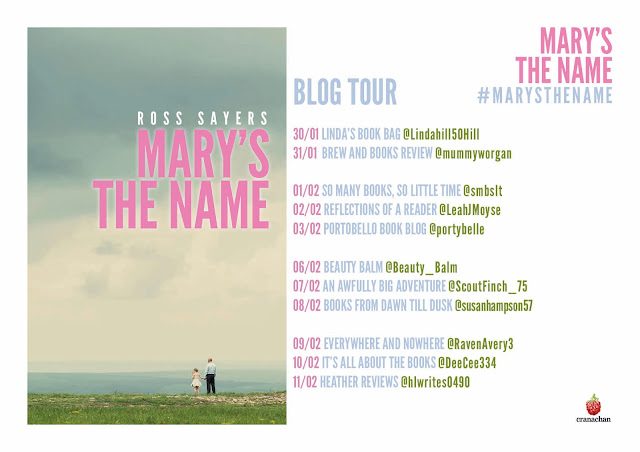 My review of Mary's The Name


Well, firstly I am hugely honoured to be a part of the book tour for this truly amazing book. I loved this book. It is so very special in its depiction of examining the relationship between grandfather and granddaughter. I admit to having a tear in my eye during several events in this book.

Mary's The Name centres around an eight-year-old girl, Mary, who lives with her grandfather. Her parents died when she was only a toddler, and her grandfather took her in, bringing her up, so her grandpa is very much her dad. Mary is a little bit quirky, hugely intelligent beyond her years and fiercely independent. I did wonder at certain parts in the book if Mary was autistic, as she most certainly showed autistic traits, but whether this was intentional or not does not really matter, she is an interesting character who held my attention and whom I rooted for the entire way through the novel. I loved this little girl and everything she stood for. She is slowly growing up in the world and throughout the book we see this development in her social understanding of the world. The events that surround the robbery, shatter her idyllic illusion of the world, and we see the blinkers slowly being peeled back.

Then we have the grandpa, who I also loved. OK, he does get himself involved in a robbery, when he has a little girl to look after, but ultimately he is a good man. A hard working man, and I couldn't help but like him, even though I should have disliked him for his thoughtless actions. I suppose we all do things in life that we are not proud of, those mistakes that we look back on and think, what was I thinking? So, I could forgive him, as his love for Mary was so evident on the pages as I read his story. I had to forgive him, there was  no other option.

The relationship between the child and their grandparent, I suppose, has been documented countless times in historic literature. Off the top of my head I can think of Great Expectations, Charlie and the Chocolate Factory, Little Red Riding Hood and The Boy in the Striped Pyjamas. But when  it comes to modern day literature, then this topic is discussed and written about on a much smaller scale, and less so when the granddaughter is involved. Therefore this book is like a breath of fresh air. It is so original, funny, quirky and at times heartbreakingly sad, but overall the story stays with you, it has an impact upon you, and you cannot help but feel for both Mary and her grandpa and the situation that they find themselves in.

This book is so very special. I have never read a book quite like it. The relationship between grandchild and granddaughter is a special one, and the author has managed to write down and capture the essence of this relationship, in a roller coaster ride of a journey. I think that it was also so very special for me, as it reminded me of my own childhood with my grandfather, now sadly long dead, and the special memories that this book evoked.

Mary's The Name is a  stunning debut novel, and I can't wait to read what Ross Sayers writes next.

With thanks to Cranachan Publishing who provided the paperback for review purposes.

Mary's The Name is published by Cranachan Publishing and can be found on Amazon here. 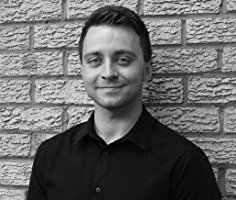 Ross Sayers is a writer of Scottish fiction, and his debut novel, 'Mary's the Name', is released January 30th 2017.

Ross graduated from the University of Stirling in 2014, with a BA (Hons) in English Studies (first class), and graduated again in 2015 with an M.Litt in Creative Writing (distinction).

His stories and poems have featured in magazines such as Quotidian and Octavius, and his short story, 'Dancin' is currently used on West College Scotland's Higher English course.

You can tweet him @Sayers33 or see more of his writing at rosssayers.co.uk.
Posted by jo at 05:00