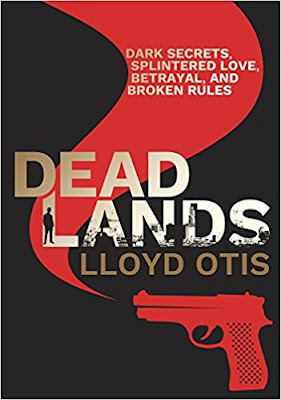 Dead Lands is a thrilling crime story set in the 1970s. When a woman's body is found a special team is called in to investigate and prime suspect Alex Troy is arrested for the murder. Desperate to remain a free man, Troy protests his innocence, but refuses to use his alibi. Trying to protect the woman he loves becomes a dangerous game - questions are asked and suspicions deepen. When the prime suspect completes a daring escape from custody, DI Breck and DS Kearns begin the hunt. Breck wants out of the force while Kearns has her own agenda and seeks revenge. Breck has his suspicions and she wants to keep it from him, and a right-wing march provides an explosive backdrop to their hunt for Troy. Lloyd Otis brings a startling account of the past back to life over a burgeoning '70s landscape, and delivers a thrilling piece of crime fiction that will excite any fan of the genre. 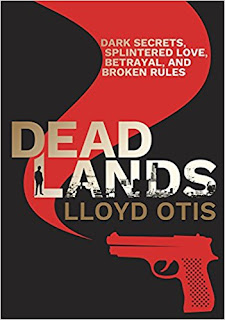 My review of Dead Lands

Dead Lands is the debut novel from Lloyd Otis and what a fantastic debut it is. It's gritty, fast paced and an exquisite read about a time before laptops, mobiles and social media. I loved it!

Set in the heart of London during the 1970s, Dead Lands is dark and punchy from the very beginning. A woman is found murdered in her own home, and when DI Breck and DS Kearns are called to the scene we witness their reactions, their horror at what they see, and the hunt for the killer begins.

This story is full of secrets, twists and characters who you just don't know to trust, both inside and outside of the police. For me, the one stable character was that of DI Breck, I liked him the moment I met him, and I'm not sure why, but there was just something about him, something a little bit addictive, a little bit edgy that made him fascinating to read. He is also disillusioned with the force, wanting a way out, to have a more stable life, and I completely understood this need. Kearns on the other hand is not an open book, and although I didn't like her, I understood her. She is hiding a secret and it is difficult to know what side of the fence she is on, for that reason she made the novel even more gripping and intense.

The police at first focus upon suspect Alex Troy, whose credit card is found at the scene of the murder. They bring him into custody, but he refuses to give an alibi, as it will compromise the woman who he is in love with. It is while he is in custody, that he manages to escape, and the race to catch him begins.

As I progressed through the novel, I realised that I had no idea who the killer was, and my views kept changing. I found myself tearing through the pages in my quest to find out who the killer was, and the reasons for Kesrns' secrets. The ending truly surprised me, but made complete sense. I also loved this novel for its depictions of the 70s. It was so refreshing to read a police thriller that had no mobile phones, social media or need for the internet. The policing was all done the 'old fashioned way' and was very much based on a 'gut instinct.' I loved the fact that there was no technology, it made for a very different kind of read.

Dead Lands was a joy to read from beginning to end. It was different, engaging, clever and full of characters who you yearned to know more about. It's also one hell of a murder mystery. I highly recommend it.

Dead Lands is published by Urbane Publications on October 12. It can be found on Amazon here.