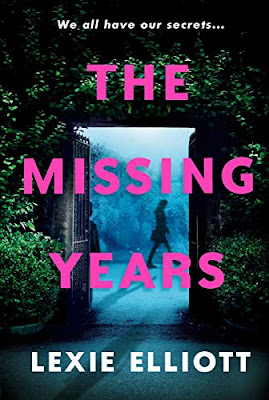 About The Missing Years


She thought she would never go back...

Ailsa Calder has inherited half of a house. The other half belongs to a man who disappeared without a trace twenty-seven years ago. Her father.

Leaving London behind to settle her mother's estate, Ailsa returns to her childhood home nestled amongst the craggy peaks of the Scottish Highlands, accompanied by the half-sister she's never taken the time to get to know.

With the past threatening to swallow her whole, she can't escape the claustrophobic feeling that the house itself is watching her. And when Ailsa confronts the first nighttime intruder, she sees that the manor's careless rugged beauty could cost her everything... 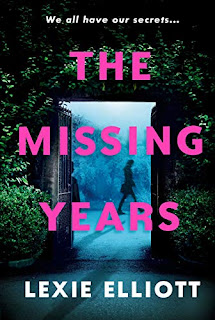 My review of The Missing Years


The Missing Years is a delicious slow burner of a book that puts you in a state of unease from the opening line. This is a brooding book, a creepy tale with intriguing Scottish characters. It's an intriguing read that held my attention from beginning to end.

Ailsa finds herself back in the Scottish Highlands, accompanied by her estranged half sister, Carrie, following the death of her mother. The Manor House, or Manse as it is referred to was the family home for a short time. But everything changed when her father disappeared. Although now in her thirties, Ailsa has never stopped thinking about him, nor what has happened to him. Being back in the Manse, where Ailsa is surrounded by childhood memories of him, only makes her more determined to unravel the mystery of her father, to find out what actually happened. There are lovely segments in between each chapter, with theories of what has happened to her father. These are poignant and so incredibly insightful.

This is a story about fragmented relationships, the past haunting the future and how we all learn from our past and the need to move on with our lives. It's a story about the role that fathers play, and how a missing father  can shape and transform a daughter into a completely different person.  it's also about forging friendhsips, taking a chance on life and learning to live with the past. Compelling, emotional and haunting.  I thoroughly enjoyed this book

With thanks to the publisher and Readers First for my paperback copy.

The Missing Years is published by Corvus on 6 June.