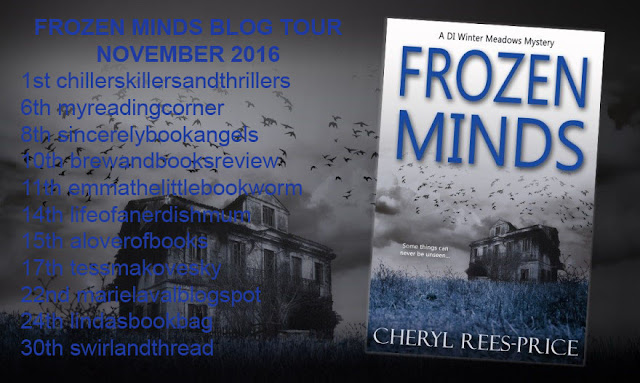 Today I am very excited to welcome author, Cheryl Rees-Price to Brew and Books Review. Cheryl has written a guest post on the subject of motive. I'll hand you over to Cheryl.
Motives
Most crime books that I have read start with the discovery of a body. At this stage we know little about the victim, just the rough age, and sex. They are a stranger so we haven’t invested any emotion in them. We are more interested in the how, who, and why. It is only as we follow the investigation that details of the victim emerge, their nature, work, friends, family, and enemies.  Unless the victim is chosen at random by a serial killer or in the wrong place at the wrong time, our minds whirr with the question, what did they do to deserve this ending? Our sympathy for the victim is suspended until we have all the facts. 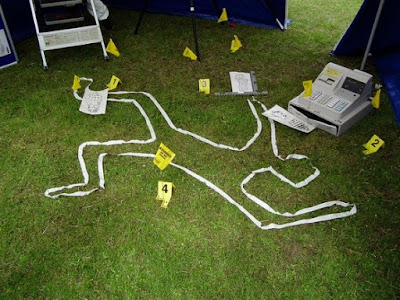 The top motives for murder are said to be, revenge, money, love, and jealousy. These motives can be seen in biblical times. Cain slayed his brother, Abel, out of jealousy and didn’t appear particularly remorseful. Our sympathies should surely lie with Abel but we know little of him, did he torment his brother? Push him to the limit?


When the motive is for revenge it becomes easier to empathise with the perpetrator. The victim has usually deliberately caused pain or harm to a loved one. A good fiction example of this can be found in Agatha’s Christies’ Murder on the Orient Express. Here twelve take part in a revenge killing. The victim, Rachett, had been responsible for the kidnap and murder of a child which later had devastating consequences for the family. In this case, such was the ruthless nature of Ratchett’s crime, Poirot choses to let the killers go free. In this story it is easy for the reader to condone the actions of the killers. 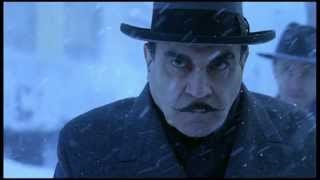 In real life situations this is very rarely the case. On the 13 of July 1955 Ruth Ellis became the last woman to be executed in Britain. Ellis was the manager of a nightclub where she met her victim David Blakely. They moved in together despite the fact that Blakely had a fiancé. The relationship was volatile and later Ellis became the mistress of Desmond Cussen, but continued to see Blakely. The relationship became increasingly violent and Ellis miscarried after Blakely punched her in the stomach. On Sunday the 10th of April 1955 Ellis waited outside a public house and when Blakely emerged she fired five shots, three at close range. Ellis pleaded guilty in court. A petition was raised for reprieve on the grounds that it was a crime of passion. Ellis took no part in the campaign.  In a letter to Blakely’s parents she reportedly wrote. ‘I have always loved your son, and will die still loving him.’


If this was a fictional case would our sympathy lie with Ellis or Blakely? Blakely was said to be a violent man.  At the time there was intense public interest, not however over Ellis’s guilt but over the punishment she received.


When the motive is greed it is easier to sympathise with the victim. In the case of the Black Widows, two women, aged 71 and 75 conspired and murdered two men. The men were homeless, the women set them up in houses and when they were back on their feet persuaded them to take out large insurance policies naming the women as beneficiaries. Sometime later, the men were run over and killed. While this may sound like a good fictional plot it is in fact a true case.


Whatever the motive for the fictional crime story we can’t help but put on our judges hat as we sit down and devour our next novel.
Frozen Minds 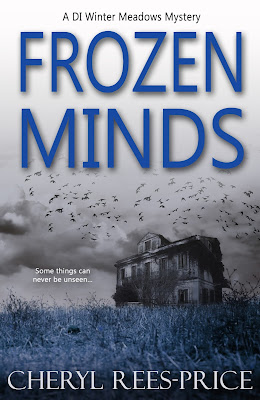 When a man is found murdered at Bethesda House, a home for adults with learning difficulties, local people start to accuse the home's residents of being behind the killing. The victim was a manager at the home, and seemingly a respectable and well-liked family man. DI Winter Meadows knows there's more to the case than meets the eye. As he and his team investigate, Meadows discovers a culture of fear at the home - and some unscrupulous dealings going on between the staff. Does the answer to the case lie in the relationships between the staff and the residents - or is there something even more sinister afoot?
Frozen Minds is available to buy on Amazon
You can also follow Cheryl on Facebook
Cheryl Rees-Price's Website