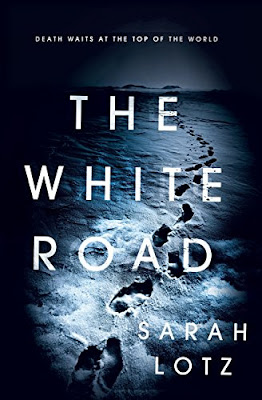 About the White Road


Adrenaline-junky Simon Newman sneaks onto private land to explore a dangerous cave in Wales with a strange man he's met online. But Simon gets more than he bargained for when the expedition goes horribly wrong. Simon emerges, the only survivor, after a rainstorm trap the two in the cave. Simon thinks he's had a lucky escape.
But his video of his near-death experience has just gone viral.
Suddenly Simon finds himself more famous than he could ever have imagined. Now he's faced with an impossible task: he's got to defy death once again, and film the entire thing. The whole world will be watching. There's only on place on earth for him to pit himself against the elements: Mt Everest, the tallest mountain in the world.
But Everest is also one of the deadliest spots on the planet. Two hundred and eighty people have died trying to reach its peak.
And Simon's luck is about to run out.


My review of The White Road
"Fingers in your heart, lad"

Oh my! Where do I start? I have no idea as my mind is still lingering on this chilling and deeply unsettling story, which I absolutely loved! This story just won't let go and I find myself thinking about the characters, and what happened to them with a great sense of unease. It is one of those books that will haunt you, long after you have read the final page. It is utterly brilliant. I'll try and organise my thoughts and explain why I couldn't put this book down once I had read the first few pages.

So, at the beginning we meet Simon Newman, a man in his late twenties, an adrenaline junkie and a man who wants to help his best friend, Thierry, succeed in his dream to make his website go viral. So, it is with reluctance that Simon enters the notoriously dangerous and off limits cave, known as, Cwm Port in Wales. His only companion is a caver he has only met online. As soon as Simon meets Ed outside the cave he has reservations, and half wonders about getting back in his car and driving home, but his loyalty to his friend 'T' is fierce and so he goes into the cave. As a result of this, his life will never be the same again.

It is what happens to Simon while in the cave that is the catalyst for the rest of the story. He is the only survivor, but what happens in the darkness of the cave is his secret, and his burden alone. This part of the story is what really got to me the most, and which I found the most chilling. I could smell the dampness of the cave walls, hear the water and believed everything that Simon told me, the reader.  When the footage from his headcam is uploaded to the site and goes viral, Thierry wants more, and as such a loyal friend, Simon accepts the next challenge to reach the summit of Everest. But his motives for doing so are very different to the rest of the climbers that he meets.

Simon is a complex character and, if I am honest, I never really liked him, but that didn't stop me wanting the absolute best for him. I cared for him, all because of what happened to him and Ed in the cave. Simon tells us his own personal story, we follow him into the cave, his rescue from the cave, and then  his mammoth  journey up Mount Everest. We are with him every step of the way and his story well and truly got under my skin.

We also have the personal accounts from Juliet, a hiker who climbed Everest many years before. We read her thoughts, her entrees from her journal while on the mountain, and just like with Simon, I felt incredibly close to her. At first it seemed that Simon's and Juliet's stories were separate, but it soon  became apparent that their two stories were linked. They become entwined, which gave an even creepier edge to what was being unfurled on the page.

As I have already said, I couldn't put this book down, telling myself, just a few more pages... and then finding that I had read half the book. The way in which the caves and Everest are described took my breath away. I actually felt like I was crawling through that rat run with Simon or fighting for breath while on a mountain ridge.

This book really did leave me feeling unsettled and I can't quite put my finger on why that is so. I think it is partly due to the characters within it, they all crawled under my skin, and I am not quite able to let them go. But another, maybe more darker reason, is that I believed their stories, they felt acutely real to me, and it is the unseeing, the 'third man' that walks alongside us, that is much scarier than the dead.

The White Road is a story about ghosts, and about having that sense, that feeing, that someone is with you, walking with you. I shall never forget the last two pages. They, and the rest of the story, will stay with me for a very long time. This is a creepy book, that slowly hooked me in and it isn't quite ready to let me go.

The White Road is published by Hodder and Stoughton on May 4. It is available to buy from Amazon here.

With thanks to Bookbridgr and the publisher who sent me a proof copy for review purposes. 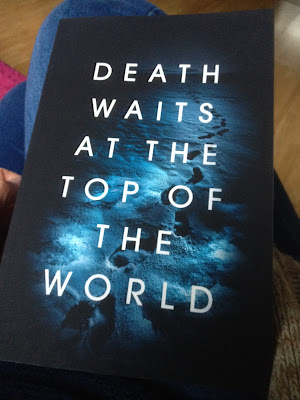 
Sarah Lotz is a screenwriter and novelist with a fondness for the macabre and fake names. Incapable of holding down a 'proper' job, over the years she's painted outrageous frescos for dubious casinos, written scripts for South Africa's first full-length sci-fi cartoon show and lived homeless on the streets of Paris as a teenage runaway.

Among other things, she writes horror/thriller novels under the name S.L. Grey with author Louis Greenberg, a YA pulp-fiction zombie series with her daughter, Savannah, under the pseudonym Lily Herne, and quirky erotica novels with authors Helen Moffett and Paige Nick under the name Helena S. Paige.

Stephen King said her solo novel The Three was 'really wonderful' (which made her cry in a very very good way) and her latest solo novel, Day Four, will be published in the U.K by Hodder & Stoughton in May, 2015.

Pompidou Posse, a YA novel based on her experiences living rough and behaving badly in Paris, will be out in September 2015.

She likes cake, scruffy dogs, fast cars and sitting in her attic making stuff up.