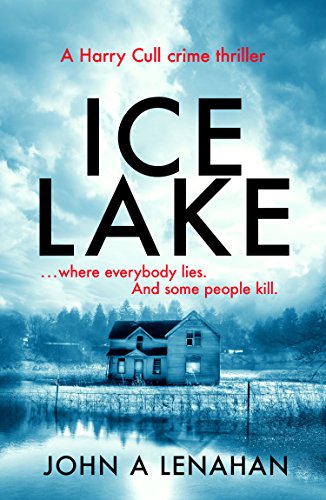 …WHERE EVERYBODY LIES. AND SOME PEOPLE KILL…

An electrifying debut crime novel and the first in a new series featuring psychologist Harry Cull. Perfect for fans of Stuart MacBride, Mark Billingham and Peter May.

AN ABANDONDED BODY
Deep in the woods of Northeastern Pennsylvania, the body of a man is found – shot three times, dumped under the trees where the local kids will find him.

A HAUNTED PSYCHOLOGIST
Psychologist Harry Cull, tormented by his past, arrives in the picturesque town of Ice Lake to help with the murder investigation. There he unravels a web of lies and deceit that leads to the dark heart of a community torn apart by fracking, drugs and murder.

A DESPERATE KILLER
It’s not long before the second corpse turns up, this time a lawyer left for dead in the forest, and Harry finds himself on the trail of a twisted killer – who will do anything to keep the town’s darkest secrets buried. 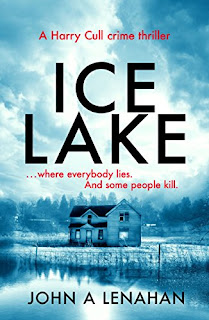 My review of Ice Lake

I absolutely loved this book! I had no idea of what to expect when I opened the first page of Ice Lake. Would it be a grizzly crime thriller? Would it feature a handsome and witty male protagonist? Would it be an exciting and enjoyable read that offered a completely different take on the crime genre of today? The answer to all these questions is yes, and so much more.

Harry Cull is invited to Ice Lake, situated in Northeastern Pennsylvania, by his friend , State Trooper Eric Cirba. A body was found in the woods, and it is up to the local police and Harry to find out who the murderer is. And all I will say is that this realty is one twisted killer.

As soon as I started to read Ice Lake, I knew that I would love it, and this was partly responsible to the strong and likeable character of Harry Cull. It only took me a few pages to fully realise his character and that the two of us would soon become friends. He's that type of guy, you can't help but like him. Throughout the course of the book we learn more about him, his past and why he does what he does. It's not just Harry who fascinated me, but all of the characters were interesting in their own way, even Todd who runs the local 'store'. I gradually warmed to him over the book.  Another character who I loved was that of MK, Harry's neighbour, a nurse and a woman who is not afraid to speak her mind and do her own thing.

This book is packed full of  dark humour, and this works refreshingly well, given the dark subject matter. This kind of humour is right up my street. It doesn't make light of what is happening, but rather helps to give balance and a time to reflect upon what has happened. I found Harry to be a very funny guy, as were most of the inhabitants, albeit it in a subtle sarcastic way.

Ice Lake deals with some serious issues, those of drugs, fracking and dangerous lies, but all issues are there at the heart of the story, they are part of it, part of who the characters are and the story helps to explain what it is like to live in modern Northeastern Pennsylvania, in a remote area. I have no idea what this life must be like, but the descriptions of the environment and the people living there, helped me to feel as if I was living there, breathing the smell of the woods and drinking coffee in Todd's.

Ice Lake was such an enjoyable read. I am so very happy that this book is the start of a new series, as I want to learn more about Harry... and 'that's no lie'...

With thanks to Killer Reads for the advanced manuscript copy

Ice Lake is published by Killer Reads an imprint of Harper Collins on 7 July 2017. It is available from Amazon here.

John Lenahan is a popular TV magician who toured with Jack Dee, Lenny Henry and Victoria Wood. He starred on a prime time BBC1 TV show, had his own BBC2 series, and was the voice of the toaster in ‘Red Dwarf’. His fantasy trilogy Shadowmagic, an award-winning podcast that received over 100,000 downloads, was published by HarperCollins and sold over 70,000 copies across all editions. Ice Lake is his debut crime novel, the first in a new series featuring psychologist Harry Cull. 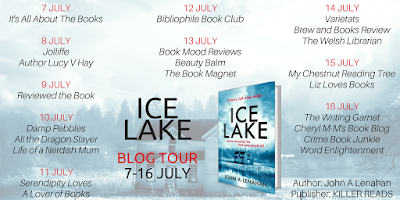