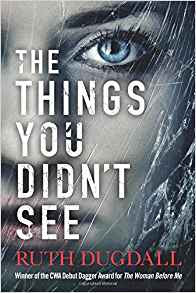 About The Things You Didn't See

Her instincts are telling her something isn’t right…

On a chilly morning in rural Suffolk, Cassandra Hawke is woken by a gunshot. Her mother is clinging on to her life, the weapon still lying nearby. Everyone thinks it’s attempted suicide—but none of it makes any sense to Cass. She’s certain there’s more to it than meets the eye.

With her husband and father telling her she’s paranoid, Cass finds an unlikely ally in student paramedic Holly. Like Cass, she believes something is wrong, and together they try to uncover the truth. But is there more to Holly’s interest than she’s letting on?

With her family and loved ones at risk, Cass must ask herself: is she ready to hear the truth, and can she deal with the consequences. 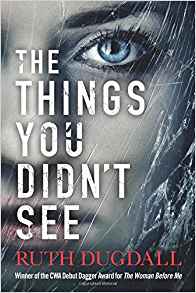 My review of The Things You Didn't See

Woah! What an absolutely fantastic psychological suspense read this was with bags of emotion. The opening of the book, which is set on the night of Halloween, twenty years before the present day story, hooked me right in. Here we meet Holly when she is aged only eight-yesrs-old, as she witnesses a shooting at the local farm. My heart ached for this little girl and how this event must have impacted upon her life.

We then fast forward to the present day. Holly is now twenty eight and training to be a paramedic. Fate seems to be at play hete, because she finds herself attending a shooting, a possible suicide attempt, at the same farm. It is here that we meet Cassandra, the daughter of the woman who is found with a near fatal gun shot wound. And the incident revolves around her. Cassandra's story is intense and intriguing. Told in second person, the writing style instantly drew me in and captured my imagination. It also helped to add a hugely personal and vulnerable element to this woman's character. Within the first few paragraphs of meeting her, I understood her vulnerability, and then later on, her difficulty in getting others to take what she said seriously. She is a wife, a mother, but she seems to have lost her identify, her role in life, and I felt incredibly sorry for her.

This book has two hugely interesting female protagonists. Both have flaws, and both took me a little while to warm to them. But, most importantly, I believed in them and their stories.

This book is deliciously slow paced with great attention to detail. I loved the fact that I could savour this book and that it didn't feel rushed or too pacey. Due to this attention to detail, I felt as if I really knew Holly, and understood her. I needed to understand Holly to be able to join the past to the present day, and to fully understand what had happened.

The Things You Didn't See is an emotional read that kept me guessing until the final pages. This is a book that shouldn't be rushed. It contains plenty of twists and you never really know who is telling the truth, until the very end.

A gripping psychological thriller that is incredibly clever. Loved it!

With thank to the author who sent me a digital Advanced Reader Copy via NetGalley.

The Things You Didn't See is published by Thomas & Mercer on 24 April. It can be found on Amazon here.