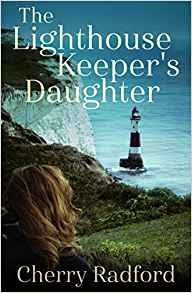 About The Lighthouse Keeper's Daughter

A fresh new voice telling a charming and moving story of love, loss, loneliness, Twitter and Spanish lessons. An absolute delight.' - Louise Douglas, author of The Love of My Life

After the break-up of her marriage, Imogen escapes to her aunt's converted lighthouse on Beachy Head. Writing for a tedious online magazine but hoping to start a novel, she wants to be alone until she finds an entrancing flamenco CD in her borrowed car and contacts the artist via Twitter. It turns out that actor-musician Santiago needs help with English, and is soon calling her profesora.

Through her window, the other lighthouse winks at her across the sea. The one where her father was a keeper, until he mysteriously drowned there in 1982. Her aunt is sending extracts from his diary, and Imogen is intrigued to learn that, like her and Santi, her father had a penfriend.

Meanwhile, despite their differences Imogen is surrounded by emotional and geographical barriers, Santi surrounded by family and land-locked Madrid their friendship develops. So, she reads, did her father's shocking revelations cause Imogen to question whether she ever really knew him.

Two stories of communication: the hilarious mistakes, the painful misunderstandings, and the miracle or tragedy of finding someone out there with whom you have an unforeseen, irresistible connection. 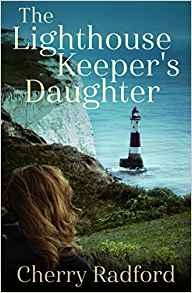 My review of The Lighthouse Keeper's Daughter

Oh, what an absolutely beautiful book this was to read. I loved every single page. It was a modern, romantic read with a Spanish twist. The perfect holiday read. I feel that the author has beautifully blended the coastal town of Beachy Head with exotic Madrid to make a truly breathtaking and enchanting modern day story.

Imogen is an interesting character. Here is a woman who is recently divorced, the divorce was amicable and they are still friends, and who is struggling to connect with her teenage son. Matters that are then made worse due to the physical distance between them. I really empathised with Imogen. Her drive to be happy, to be fulfilled with life, to have purpose and meaning. I also felt incredibly sorry for her, in having to dredge up the emotional past about her father's death. I found the backdrop of Beachy Head, the rocks and the relentless waves, and the old lighthouse all helped to conjure up what life must have been like for him. It also helped to create a wonderful backdrop to Imogen's internal struggles.

I loved the modern day writing, enthused with the inclusion of twitter. The way in which it allowed Imogen to connect to Santi. Something as simple as a tweet was the start of something so much bigger. The twitter messages were so authentic and I soon found myself looking forward to their exchanges, and learning the most common words and phrases. Such a beautiful language,  I could clearly hear Santi talking in my head. Now, as for Santi, I'll admit that at first I did not like him. But, as I progressed through the story he grew on me, until I began to understand him. By the end he had truly won me over.

The Lighthouse Keeper's Daughter truly is a beautiful read. It at first appears to be a light and romantic read, but it has hidden depths that draw you in. It is a book about family, how a broken family can rebuild itself, about new love, friendship, and that anything is possible. It really is a life affirming read. Perfect for reading on holiday, or curled up on the sofa with a drink. Loved it!

I purchased my own paperback copy. It can be found on Amazon here.
Posted by jo at 05:00