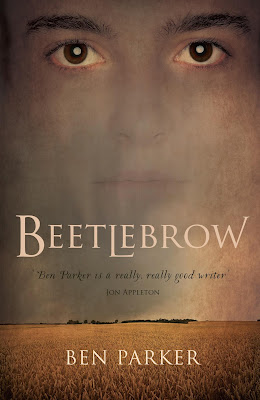 Beetlebrow (taken from Amazon)
Beetlebrow, the first book in The Beetlebrow Trilogy, is an intricately plotted, emotional and intensely engaging story about two teenage girls, Beetlebrow and Pook, thrown together in a life or death adventure taking place in a sinister, hostile and threatening world. The two will need all their resourcefulness to succeed in a daunting quest: to deliver a cryptic, vital message to the distant eastern city of Dalcratty. The growing love Beetlebrow and Pook feel for each other brings them closer together as they confront challenge after challenge, not the least of which is an encounter with the citizens of Essum, whose morality and culture is founded upon interpreting a half-finished painting. After you read Beetlebrow, your life will never be quite the same.
My Review of Beetlebrow
I gave to be honest and say that when Ben first approached me about reading his book, I had my reservations. This book is completely out of my comfort zone, as it is a YA/LGBT/adventure novel But I like to challenge my reading habits and, so I told Ben that I would give it a go. And I am so very glad that I did. Beetlebrow is an epic romp of a story that is fast paced and beautifully written.
What really struck me with this book was the way in which Ben had managed to create an entirely new world that I could, see, taste and smell. The absolute poverty and base desire to simply survive on a daily basis was told with such humility and compassion that I instantly befriended Beetlebrow and happily went with her on her journey throughout the pages of the book. As a mother, I also wanted to reach out and tell her that everything was going to be okay.
Beetlebrow is the central character in the book, who together with Pook, begin an adventure to deliver a cryptic message to the city of Dalcratty. What I enjoyed most about this book was their story, which was one of friendship brought about by necessity, the necessity to survive. Although this book is about a lesbian relationship, the focus is very much upon young love, teenage love, those feelings that we all have when we meet someone for the first time and do not know what to say, do or how to act, and this is what Ben beautifully portrays through his writing, that of the unknown. The way in which Ben writes about their feelings towards each other, and in particular Beetlebrow's difficulties in articulating those feelings, is very raw and poignant.
Their relationship, and in fact the role of women, is portrayed very strongly within the book. They are living in male dominated times, with women forced into prostitution and begging just to be able to eat. Both Pook and Beetlebrow are strong female leads, who, together, will not allow men to dominate them. They are strong willed and opinionated and ultimately survivors. I loved them.
The only slight downside for me with this book, was that I would have loved to have known more about Pook, about her story, but perhaps this will be revealed within the second book in the trilogy.
Beetlebrow is a wonderful debut novel about the strength of women and survival within the bleakest of circumstances. I very much look forward to reading more by Ben Parker.

With thanks to the author and Conrad Press for a copy of the book in return for an honest review.
﻿
About Ben Parker 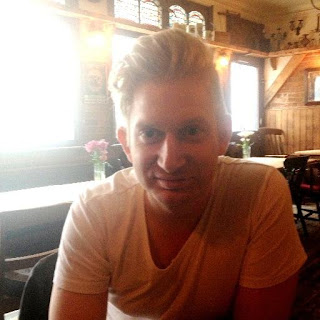 Ben Parker was born in Ealing, London, in 1983. He studied English literature at Southampton University, achieving a BA and MA, before moving to Kent in 2007. He suffers from clinical depression and anxiety problems, which is probably a little obvious from the tone of "Beetlebrow", but he thinks that from this debilitating illness, the desire to struggle onwards is made more palpable, as he strives to write with originality and verve.

"Beetlebrow" is Ben's first novel. After ten years of trying to get publishers interested in what he'd written, he finally found James Essinger, who was willing to take the challenge of representing his latest book, "Beetlebrow". Around the same time, James was starting The "Conrad Press", a small publishing firm based in Canterbury, and since Ben always preferred the local to the national, he was very pleased that they wanted to publish "Beetlebrow" as part of "The Conrad Press"'s first releases.

Ben enjoys jazz, dub reggae and ambient music. Being a vinyl nut, he's very pleased to be aged 33 and a third :)

Beetlebrow is available to buy from Amazon here