The Girl in the Tower @arden_katherine 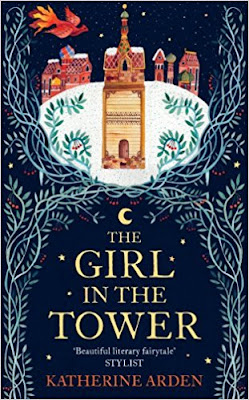 About The Girl in the Tower

For a young woman in medieval Russia, the choices are stark: marriage or a life in a convent. Vasya will choose a third way: magic...

The court of the Grand Prince of Moscow is plagued by power struggles and rumours of unrest. Meanwhile bandits roam the countryside, burning the villages and kidnapping its daughters. Setting out to defeat the raiders, the Prince and his trusted companion come across a young man riding a magnificent horse.

Only Sasha, a priest with a warrior's training, recognises this 'boy' as his younger sister, thought to be dead or a witch by her village. But when Vasya proves herself in battle, riding with remarkable skill and inexplicable power, Sasha realises he must keep her secret as she may be the only way to save the city from threats both human and fantastical...

My review of The Girl in the Tower 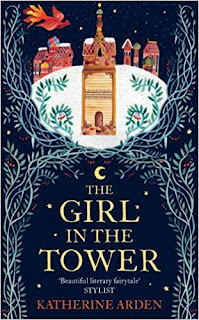 Once again we follow Vasya, now a young woman who has to make a dramatic life choice. She will either be forced into marriage or will have to live in a convent. So what does she do? Neither of these things, as she has the power of magic. Set within a world of unrest, we meet bandits, observe burning villages, while the members of the court of the Grand Prince of Moscow try to defend their kingdom and quell the unrest. It is here that they meet  a 'boy' riding a horse, who only Sasha, the priest,  recognises as Vasya, his younger sister. He keeps her identity secret, and what ensues is a fantastical tale of survival, courage and friendship.

This is such a beautiful story. Vasya is a feisty, courageous and most likeable heroine. Instead of fleeing her beloved Moscow she decides to stay and fight, to protect her homeland when she could have chosen the easy way out, but Vasya stays amongst the burning villages deciding to trust her heart and to defend what she believes in. I love this character, a protagonist who is such a strong female role model for younger female readers.

We are also re-ntroduced to Vasya's older sister, Olga Vladimirova and her children, and it this character who helps to explain the difficult times in which they live, as we read her worries and concerns regarding the future. The two sisters are polar opposites, one married with children, a life of domesticity, while the other is perceived as wild and carefree,  and I loved these differences. Olga's quiet existence and life of privilege creates a stark contrast to the life that Vasya is living, which makes her life even more exciting to read about.


The Girl in the Tower is a fairytale for grownups and I devoured every page. It is beautifully written, packed with action and characters that are both intriguing and likeable. This really is the perfect book to curl up with this Winter.

The Girl in the Tower is published by Ebury on 25 Jan 2018. It can be found on Amazon here.

With thanks to NetGalley and the pusher for the Advanced Reader Copy.