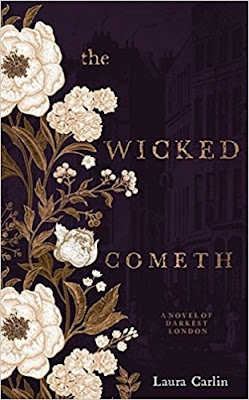 About The Wicked Cometh

'We have no need to protect ourselves from the bad sort
because we ARE the bad sort . . .'

'This newspaper has taken note that the past month has been remarkable for the prevalence of cases where men, women and children are declared missing. Scarcely a week passes without the occurrence of an incident of this type' - The Morning Herald, Tuesday 13 September 1831

Down the murky alleyways of London, acts of unspeakable wickedness are taking place and the city's vulnerable poor are disappearing from the streets. Out of these shadows comes Hester White, a bright young woman who is desperate to escape the slums by any means possible.

When Hester is thrust into the world of the aristocratic Brock family, she leaps at the chance to improve her station in life under the tutelage of the fiercely intelligent and mysterious Rebekah Brock.

But whispers from her past slowly begin to poison her new life and both she and Rebekah are lured into the most sinister of investigations, dragging them into the blackest heart of a city where something more depraved than either of them could ever imagine is lurking. . . 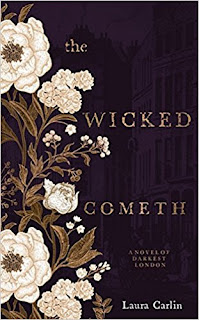 My review of The Wicked Cometh


The Wicked Cometh is a deliciously dark historical novel that is very much a refreshing and modern read. It's a story about survival, hope, friendship, and kindness in the most darkest of times. It's a lovely book.

Set in the grime and the heart of London, The Wicked Cometh is set during Victorian times when only the strongest and most quick witted survive. The novel revolves around the disappearances of several children in central London. What and who is behind this mystery? The novel for me worked because it was so authentic. I felt like I was wandering around the inner city streets, amongst the most deprived in the city, and then, due to a life changing event, finding myself alongside Hester as she is transported into the warmth of the Brock family.

This book is part historical novel, part mystery and ultimately it is a love story. There are many multilayered events to this novel that make it hard to define as simply one genre. It's just enough to say that it is a highly enjoyable read.

So, we have Hester, born to privilege, an educated young woman who through the death of her parents finds herself thrust into poverty, as she relocates to London while living with her old gardener and his wife. It is only through a chance encounter with the gentleman Mr Brock, that Hester's life path is changed forever.

This novel is refreshing as it focuses upon two very strong and inspiring female characters. Rebekah and Hester. Both women are from different backgrounds, different lives, and although Rebekah's role is to give Hester an education as part of a social experiment, it is actually Hester who inspires and teaches Rebekah. The two women complement each other and I loved the dialogue and interaction between them.

This Wicked Cometh is beautifully written, it's deliciously slow paced which I found pleasantly surprising in contest to today's fast paced thrillers. The slow pace suited the narrative as we slowly followed Rebekah and Hester in their quest to solve the mystery of the missing children. Nothing is ever easy though, and the book proves this with several unexpected but delightful twists.

I thoroughly enjoyed this dark, historical and mystery novel with its captivating characters and exquisite writing. It's a remarkable debut novel.

The Wicked Cometh is published by Hodder & Stoughton on 8 Feb. 2018. It can be found on Amazon here.