The Seven Imperfect Rules of Elvira Carr by Frances Maynard 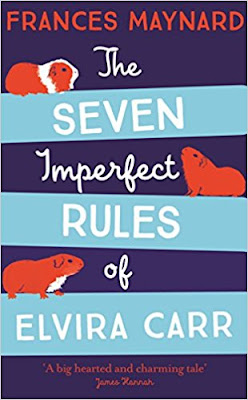 About The Seven Imperfect Rules of Elvira Carr

Funny, heart-warming and ultimately triumphant, The Seven Imperfect Rules of Elvira Carr by Frances Maynard is the perfect story for anyone who doesn’t quite fit in – and for everyone who chooses not to.

Elvira Carr is twenty-seven and neuro-atypical. Her father – who she suspects was in the secret service – has passed away and, after several Unfortunate Incidents growing up, she now spends most of her time at home with her overbearing mother. But when her mother has a stroke and is taken into care, Elvira is suddenly forced to look after herself or risk ending up in Sheltered Accommodation.

Armed with her Seven Rules, which she puts together after online research, Elvira hopes to learn how to navigate a world that’s full of people she doesn’t understand. Not even the Seven Rules can help her, however, when she discovers that everything she thought she knew about her father was a lie, and is faced with solving a mystery she didn’t even know existed . . .


My review of The Seven Imperfect Rules of Elvira Carr 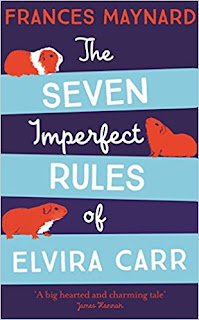 Oh this book! What a magical and emotional read. I loved this book for its honesty, its rawness and for the fact that it was such a thoroughly enjoyable tale.

As the title suggests, this book is centred around Elvira Carr, a twenty-seven-year old woman who is on the autistic spectrum (although this fact is never stated) and who has to suddenly cope with a dramatic change in her life, that of her mother suffering a stroke and having to move into a nursing home. The way in which Elvira copes is to create her 7 imperfect rules.

I loved this book because of Elvira. A woman who struggles with social clues, social niceties and living in a neurotyoical world. I read the book with a lump in my throat, not because I pitied Elvira, far from it, but because of her strength and the fact that she could survive without her mother, even though she had been told that she could not. I read this book with my parenting hat on as a mother to an autistic child, it was hard not too, and to begin with I hoped that the book would not be riddled with autistic cliches, but it is not. It is simply a story about a young woman, who happens to be autistic, and how she copes with a life changing event. It's a marvellous and uplifting read.

There were many memorable moments in this book, and which highlighted the author's extensive knowledge and insight into adults with additional needs. The fact that Elvira struggles on a bus route that was unfamiliar to her, and her obsessive knowledge about biscuits (I'll never look at a rich tea in quite the sane way again) are both beautiful and poignant.

This is a heart warming and emotional read that I devoured in a few sittings. It is a story about human kindness and of how it is ok to be different. What is normal anyway? This book challenges what is normal, and urges us to simply love life. It really is a beautiful book.

The Seven Imperfect Rules of Elvira Carr was published on 24 Aug. 2017 by Pan Macmillan. It can be found on Amazon here