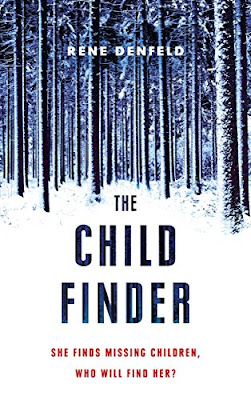 About The Child Finder

Naomi Cottle finds missing children. When the police have given up their search and an investigation stalls, families call her. She possesses a rare, intuitive sense, born out of her own experience, that allows her to succeed when others have failed.

Young Madison Culver has been missing for three years. She vanished on a family trip to the mountainous forests of Oregon, where they'd gone to cut down a tree for Christmas. Soon after she disappeared, blizzards swept the region and the authorities presumed she died from exposure.
But Naomi knows that Madison isn't dead. As she relentlessly pursues the truth behind Madison's disappearance, shards of a dark dream pierce defences that have protected her for so long. If she finds this child, will Naomi ultimately unlock the secrets of her own life?


My review of The Child Finder 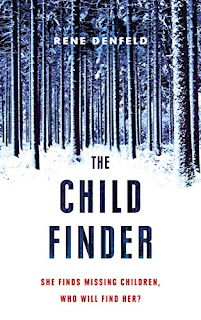 It's hard to find the right words to describe the true beauty of this book. The Child Finder is a disturbing, haunting, lyrical, magical and beautiful book. It is all of these things, plus a gripping thriller. It's a phenomenal read. It's beautifully written, almost poetic, which is  is enthused with magical realism. It was a pure joy to read.

Throughout the book we do read several points of view, but the predominant voice is that of Naomi, the 'child finder', and that of the Snow Child, who has been taken captive. Naomi has been hired to find a missing girl, Maddison, who vanished aged five, three years previously. Other than that, I can't say much more without giving anything away.

Set in Oregon, in the depths of winter, we encounter a different world. A world of snow and ice. I loved the depictions of the white wilderness, how the locals coped with the harsh weather and the changing landscape. I could see and smell the snow, and this was important to get the true essence of this book. Although we do read different viewpoints and jump backwards and forwards in time regarding Naomi's past, this book flows beautifully. Not once was I unaware of who was talking and of what time frame I was reading. It was an effortless read that flowed from one scene to the next.

The magical realism within this novel comes in the form of the Snow Child's need for survival. It is her coping mechanism, and it makes the scenes in which she is captive less harrowing, although still disturbing. I did find these passages difficult to read, but they were needed, and as a coping mechanism she refers to herself in the third person, the Snow Child, based upon a beloved fairytale, and therefore as a reader, I too was able to distance myself and to gain much needed perspective.

As well as dealing with the missing girl, Naomi is trying to unravel her own past. Huge chunks of which are missing to her. She too has a harrowing past and was  saved and brought up by a foster mother, of whom we meet and get to know. These  passages within the book were truly special and inspiring.

The Child Finder is such a beautiful, yet disturbing read. I wasn't sure if I would be able to cope with the sensitive subject matter, but as the author writes with sensitivity I was able to read and immerse myself in this compelling story. It really is a beautiful read.

The Child Finder was published on September 5th by Weidenfeld & Nicolson. It can be found on Amazon here.
With thanks to the publisher and NetGalley for an Advanced Reader Copy