The Trysting Tree by Linda Gillard 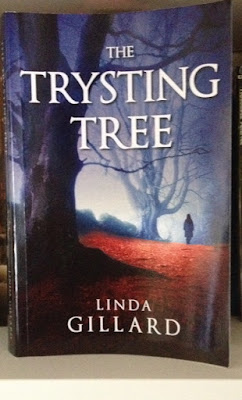 About The Trysting Tree

A century of secrets...
Four women live in the shadow of the Trysting Tree.
All have something to hide.

1916
A man without a memory walks away from the Somme battlefield, while a young woman grieves beneath the tree that will guard her secret for a hundred years.

2015
Ann de Freitas doesn’t remember what she witnessed when she was five. The truth lies buried in the beech wood, forgotten for forty years. Can love unlock Ann’s heart and mind?

Connor Grenville is restoring the walled garden where his grandmother, Ivy used to play. Before her death, she tried to destroy the family archive. Who was Ivy trying to protect? And why?

When a storm fells the Trysting Tree, revealing a century-old love hidden in its hollow heart, Ann and Connor begin to sift through the past in search of answers. What they discover changes everything.

My review of The Trysting Tree 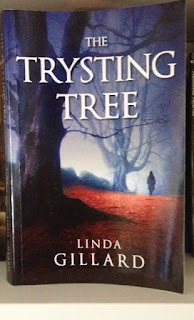 How do I find the words to describe this beautiful book? I honestly don't think that I can do this book the justice it deserves, but I'll do my very best. The Trysting Tree is a nostalgic, romantic, and emotional read rooted firmly in reality. It is quite simply breathtaking.

The Trysting Tee is such a beautiful and moving book about love, family and the devestaing events of war. It really is a must read.

The Trysting Tree was published on 11 Sept. 2016 and can be found on Amazon here.