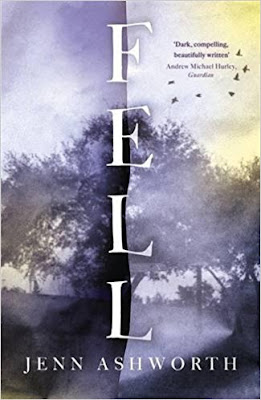 In this eerie, atmospheric and mysterious tale, a woman returns to the house in Morecambe Bay where she grew up in the 1960s to find it falling apart, undermined by the roots of two huge sycamores. She is unaware that she has awoken the spirits of her parents, Jack and Nettie Clifford, who watch anxiously as their daughter Annette is overwhelmed by the state of the house and realise too late how far they neglected her as a child.

As their memories come alive, the story unfolds of a crucial summer when Annette was 8 and Nettie became too ill to run their boarding house. The lodgers have to go - all except the newly arrived butcher's apprentice, because he seems to have miraculous healing powers and is Jack and Nettie's last, desperate hope. But is he who he says he is? Why do those he lays his hands on feel an erotic charge? And why does he despise his own gift? As everything comes to a head, so too does Annette's story in the present. But this time, someone is looking out for her and comes to her rescue. Finally, the spirits of her parents can let go.


My review of Fell

Where do I start with this review? I loved this book, heart and soul, from beginning to end. It really is a special book that encompasses the afterlife, beautifully weaving together past and present. Fell is a story about the past, about family, love and the savagely devastating effects of cancer upon the individual and those who love them. It really is a breathtaking read.

The novel is told from the viewpoint of two ghosts, Netty and Jack. They used to own The Sycamores, and took on lodgers during the sixties. This narration took me by surprise, as it is an unusual style, but I quickly adapted and found myself immersed in their joint story. The novel opens with the return of Annette, their adult and prodigal daughter, who has returned after many years to find the house in complete disrepair, abandoned and unloved. The house is damp, broken and the roots of the two sycamore trees that frame the house have invaded the space, destroying its foundations. We follow Annette, through the ghostly eyes of Jack and Netty as she examines the house, reviving old memories from when they all lived there. It is a beautiful, yet heartbreaking opening.

The novel is set in Grange-Over-Sands at the edge of Morecambe Bay. As I live in Lancashire I have visited the area many times, wandering around the duck pond with my little ones, arriving at the train station, wandering along the promenade. I loved the vivid descriptions of Grange, about how the area was dsepy e!embedded in each character, and in the house in which they lived.

I had a huge sense of foreboding, of unease, as I started to read this novel. It was in the imagery and the phrasing of words that were used. I knew that something bad was going to happen from the very first page. Netty has terminal cancer, but it is when Jack meets Tim, whom he believes is a heather, that they are given hope. Hope that Netty can be cured. What follows is a dark, disturbing and unsettling story of how this man becomes part of their lives and the effect that he has upon the family unit.

The writing is beautiful, lyrical, I could smell the salt marsh and taste the sea. It is a disturbing read, that tackles human kindness, relationships and the need to survive at all costs. It deals with how the past affects your future. It deals with the importance of family and that we all make mistakes. I also loved the fact that the author had echoed the themes from Ovid's Metamorphoses, in the myth of Baucis and Philemon. The Sycamores is named after the two imposing sycamore trees that have encroached upon the house, and in the myth, Baucis and Philemon, eventually become the trees. They become part of the house that they loved. This is obviously true of Netty and Jack. They feel compelled to stay within the house, and it is only at the end that they feel they can finally let go. The presence of both Netty and Jake, as ghostly visions, made my heart ache, their sadness and grief was so palpable.

Fell, is a beautiful love story. The love between Jack and Netty, and the unconditional and never ending love that they have for their daughter. It is a story about looking after others, about kindness and that love evolves, morphs and changes, but never really goes away. It is a story about learning from your past, accepting it, and then moving on.

This book touched me deeply in its beauty and raw honesty. I highly recommend it.

With thanks to the publisher and Bookbridgr who provided a paperback copy for review.

Fell, published by Sceptre on 6 April can be found on Amazon here.

Jenn Ashworth was born in 1982 in Preston. She studied English at Cambridge and since then has gained an MA from Manchester University, trained as a librarian and run a prison library in Lancashire. She now lectures in Creative Writing at the University of Lancaster. Her first novel, A KIND OF INTIMACY, was published in 2009 and won a Betty Trask Award. Her second, COLD LIGHT, was published by Sceptre in 2011 and she was chosen by BBC's The Culture Show as one of the twelve Best New British Novelists. Her most recent novels are THE FRIDAY GOSPELS and FELL. She lives in Lancaster with her husband, son and daughter.
Posted by jo at 05:00