Into the Shadows by Marie Jones 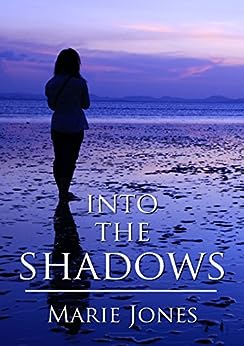 About Into the Shadows

Arriving home from a short holiday in Dingle, Lily Crossways makes a staggering discovery – on one of her photos taken on 'Inch' beach, a woman's desperate face is staring directly at her. Yet Lily knows she was alone that day on the beach.

Who is she, is she even real, and why has she appeared to Lily?

Unable to let the woman go, Lily makes the uncharacteristic decision to leave behind her safe world in England and return to Dingle to try and find her. Her search eventually leads her to cafe owner David Carson, this woman's brother, who hasn't seen his 'missing' sister in five years.

Lily must now convince him to trust in her, taking bold steps to prove herself to him, and together track down his sister before it’s too late.

Yet are either prepared for the hidden secrets they are about to uncover in their earnest desire to find her, and the impact it will have on those they love?

My review of Into the Shadows


Into the Shadows is centred around Lily, a young woman who has an ordered life, and knows exactly where she is headed in life. Her life is run on routine and, if she was being completely honest with herself, somewhat dull. But, she is happy, or is she? It is only when she returns home from her holiday in Dingle, Ireland, that her life begins to get exciting. When looking at photos that she took while on Inch beach, she sees the face of a woman staring back at her. The only problem is that the beach was empty, so who  is the woman? This is where the story really begins to get interesting, as Lily returns to Dingle to find the woman from the photograph.

This book is a fascinating read and one which I found hugely enjoyable. I won't spoil the plot by telling you how the story unfolds, other than to say that she meets the woman's brother, David, who tells her that his sister has been missing for the past five years. It is then that their journey to find his sister begins.

The story is told through Lily's point of view and I loved her inner dialogue, that gave much needed insight into her character. We need to identify with her, and understand her needs and motives for this book to work, and the author achieves this with great skill. I really identified with Lily. In many ways I am very much like her, that need to be in control. I liked her a lot.

This is a novel of many layers. We have the beautiful and lyrical descriptions of the Dingle area, and I found myself smelling the sea air and running my hands through the sandy beaches. I also wanted to taste one of David's cappuccinos. I have never been to Ireland, but while I read this book, I was there in spirit.

We also have a beautiful love story told between Lily and David, but also in the undercurrents of the story about siblings and mother and daughter. Then of course we have the mystery element, in the woman who was seen in the photograph. All of these elements fuse beautifully together and create an interesting story which is fast paced and has you flipping the pages, in your need to find out what happens.

This is a novel of self discovery, of the realisation that we need to change and move on with our lives. The Lily that we meet at the beginning of the novel, is not the same woman at the end of the story. But this change is gradual and natural, and we go through this self realisation with her.

Into the Shadows is a romantic read with a mystery edge, it's a different kind of romantic read and if you love your romance novels to be a little bit different, then this is perfect escapism.

With thanks to the author who provided the book for review purposes.

Into the Shadows is available to buy from Amazon on the following link:

Her first novel, 'Into The Shadows', has been published and is available now on Amazon.  The novel was recently awarded a special 5* Review on Readersfavorite.com

The busy mother of two has a strong creative streak and enjoys photography, drawing, as well as writing.

'Into The Shadows' is a romantic suspense, woven with mystery and family dra a.

Marie was inspired to write the novel whilst visiting a stunning part of Ireland.