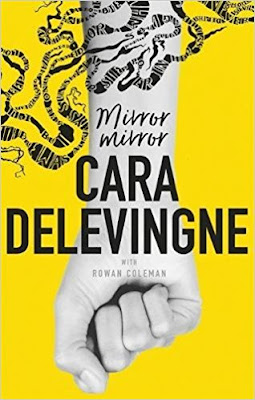 FRIEND. LOVER. VICTIM. TRAITOR.
WHEN YOU LOOK IN THE MIRROR, WHAT DO YOU SEE?

Sixteen-year-old friends Red, Leo, Rose, and Naomi are misfits; still figuring out who they are and who they want to be. Life isn't perfect, but music unites them, and they're excited about what the future holds for their band, Mirror, Mirror. That is until Naomi vanishes before being pulled unconscious out of the river.

She's left fighting for her life in a coma. The police claim it was a failed suicide attempt, but her friends aren't convinced. Will Naomi ever wake? What -­ or perhaps who - led her to that hospital bed? How did her friends fail to spot the warning signs?

While Rose turns to wild partying and Leo is shrouded by black moods, Red sets out to uncover the truth. It's a journey that will cause Red's world to crack, exposing the group's darkest secrets. Nothing will ever be the same again, because once a mirror is shattered, it can't be fixed.


Cara Delevingne, the voice of her generation, explores identity, friendship and betrayal in this gripping and powerful coming-of-age story. For fans of WE WERE LIARS, THIRTEEN REASONS WHY and THE GIRLS. 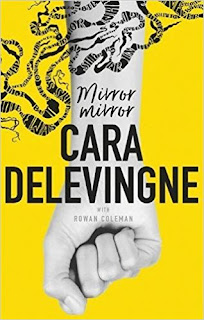 My review of Mirror Mirror

First of all I'll start by saying that I read this book based on the blurb and cover. It looked interesting, the story of a teenage girl who goes missing and who is later found almost dead in a river. I wanted to know why she had gone missing and what had happened to her. I had no idea that the book was written by a celebrity, although I now do so. Sadly this book didn't quite work for me, and I have rather mixed emotions about it, and I'll try to explain why. I'll keep my review short.

As already mentioned the plot really piqued my interest. I wanted to find out more about Naomi and who had left her for dead, but I have to say that I guessed within the first couple of chapters what had happened to her. This in itself is not a bad thing, I have guessed in previous novels about what has happened to a central character, but the storytelling and characters have gripped me, and I wanted to understand more about what had happened. Sadly, this didn't happen with Mirror Mirror. None of the other characters grabbed my interest. I found them all pretty shallow, and because I didn't like thauthenticallyve  in then, the story was somewhat lacking. It's not a bad story, it just wasn't the right one for me.

The only character who I found interesting was Ash, Naomi's older sister, the hacker. But sadly she was only really in the final parts of the book. I would have liked to have leaned more about her, What I will say is that the novel tackles head on serious issues of sexual assault, gender identity and generally how vulnerable teenagers are in this modern world that we live. This was dealt with sensitively and authentically, and will I feel resonate with many teenagers who read this novel, and hopefully will be able to help those who ate struggling with their sexuality and issues surrounding bullying.

This book didn't work for me, but I know that lots of people will love it.

Mirror Mirror was published on 5 October by Trapeze.