The Devil You Know by Terry Tyler 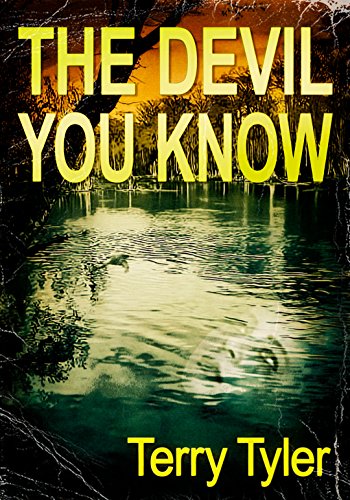 About - The Devil You Know

Every serial killer is someone's friend, spouse, lover or child....

Young women are being murdered in the Lincolnshire town of Lyndford, where five people fear someone close to them might be the monster the police are searching for.
One of them is right.

Juliet sees an expert's profile of the average serial killer and realises that her abusive husband, Paul, ticks all the boxes.

Maisie thinks her mum's new boyfriend seems too good to be true. Is she the only person who can see through Gary's friendly, sensitive façade?

Tamsin is besotted with her office crush, Jake. Then love turns to suspicion...

Steve is used to his childhood friend, Dan, being a loud mouthed Lothario with little respect for the truth. But is a new influence in his life leading him down a more sinister path?

Dorothy's beloved son, Orlando, is keeping a secret from her—a chilling discovery forces her to confront her worst fears.

THE DEVIL YOU KNOW is a character-driven psychological drama that will keep you guessing until the very end.

My Review of The Devil You  Know
The Devil You Know is a character driven psychological drama that will have you on the edge of your seat. I could not put this book down. Once I had read the first page - I was hooked. If you love intelligent and insightful crime novels, then this is the book for you.

The Devil You Know is delivered from five different viewpoints: those of a mother, a friend, a  daughter, a wife and a colleague. When I first saw the 'list of contents' displaying a series of names, I thought that I would become confused,  with regards to the plot and characters within it. But, this was not the case. Each character is clearly defined with their own unique voice, told via the third person - something that is very difficult to achieve with multiple narrators. Each of them have their own suspicions about the identity of the serial killer who is running rampant in Lyndford - But who is right?

This is extremely clever storytelling, with the author showing, and not telling us the individual story lines. As I made my way through the novel, my suspicions kept changing, with no one character standing out as the killer. I honestly thought that it could have been any one of the five. Even to the very end of the book, I still had my doubts as to whom the killer was - it was that good.

What is so very clever about this book is that we are introduced to the five suspects through the eyes of the people who are closest to them. W are presented with a biased viewpoint - it is not subjective. We feel, think and go through all of the emotions that the mother, friend, colleague etc.,  go through. It is what they believe to be true, it is their suspicions, and this is what we build our evidence upon. So is what they are seeing and building their evidence upon actualy true? That is the clever twist - and I loved it!

So who did I most identify with in the book? Usually one or two characters reach out to me, and I immerse myself in their journey. But with this book, I can honesty say that I identified with all five protagonists. The  wife who is living in an abusive relationship - time and time again I found myself screaming at her to get out and yelling, why are you living with a psychopath? Then there was lovable Steve - the best friend. Again, I asked myself why he was a friend to the man who he suspected of being a killer? Then we have the mother, and I suppose it was with her that I had the most empathy with. As a mother, I suppose that you would do anything to protect your child, your son, but what would you do if you suspected them of killing women? Report your suspicions to the police? But the answer is not so very clear cut. Not without any firm evidence and only suspicions to go on. This is the moral question that we are left to ponder. Then we have the teenage daughter - who suspects that her mother's new boyfriend is the killer. I'll be honest and state that I never liked him from he moment I met him on the page. But could he be a killer? Then  finally we have Tamsin, the colleague. I felt so sorry for her. She thinks that she knows Jake - but does she? This then begs the question, do we ever truly know anyone, even those closest to us?

This book, although a crime novel at heart, and a gritty and raw one at that, is so much deeper. It is a psychological drama that plays on the mind. We constantly question all of the suspects that are presented to us, never quire knowing who is responsible for he atrocious crimes that take place.
I highly recommend The Devil You Know. It is a gripping and thoroughly enjoyable psychological drama .
The Devil You Know can be bought from Amazon here 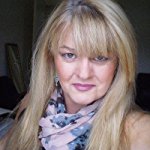 Terry is fascinated by the psychology behind relationships, and this forms the background of all her books. From the 'is my husband/friend/son a serial killer?' fears of the characters in her new release, 'The Devil You Know', to the dark and complex emotional tangles of 'The House of York', to the aspirations of several writers in 'Best Seller, it's all about the characters. And the plot twists...

Terry has a blog on which she writes around many topics (social networking, writing, nostalgia, TV and film).  She also has a book review blog, on which you can find her own reading choices and those she reads as part of Rosie Amber's Book Review Team. She loves Twitter (TerryTyler4) and can also be found on Goodreads and Facebook.

Terry lives in the north east of England with her husband.
Posted by jo at 06:00