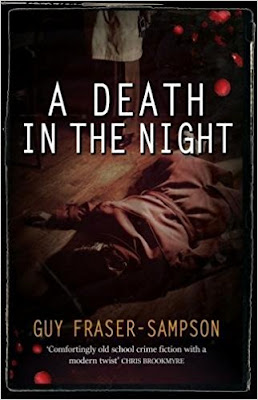 About A Death in the Night
Book 4 in the thrilling Hampstead Murders series!
When a woman identified as the wife of a prominent lawyer dies at an exclusive women's club, the team from Hampstead police station find themselves thrown into a baffling investigation with very little evidence to offer any guidance.

By coincidence, Metcalfe, Collins and Willis were all attending a vintage dinner dance at the club at the estimated time of death. Can they remember anything between them which might indicate a solution?

Set against a background of professors, barristers, and serial adultery, the fourth in the Hampstead Murders series continues the pattern set by its predecessors: strong, character-driven contemporary narrative written in the spirit of the Golden Age of detective writing. Praised by leading crime-writers, and garnering rave reviews from book bloggers, the books have been described as elegant, intelligent, quirky and 'a love letter to the detective novel'. All agree they are very 'different' from the standard fare of modern crime fiction.

My review of A Death in the Night 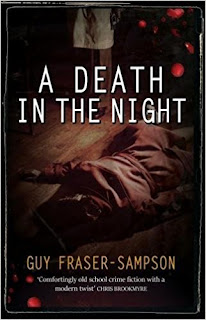 A Death in the Night is book 4 in the Hampstead Murders series and I just have to say that I love this series. A Death in the Night is once again a modern day murder mystery but one that is set within the Golden Age, which is slightly quirky and most definitely refreshing. I couldn't help but be drawn into this fascinating world.

Once again we meet all the usual members of the Hampstead police team, Bob Metcalfe, Peer Collins and Karen Willis who at the beginning of the book attend a vintage dinner dance at an exclusive women's club in the area. Unbeknown to them, a murder takes place while they are dancing the night away. What follows is an investigation that is complicated, that throws up very little clues and which implicates a lot of people. I had very little idea who the murderer was until the very end of the book. This is magnificent Golden Age crime writing and I savoured every word.

Although this is a murder mystery, it is actually a comforting and 'cosy up with a warm drink' type of a read, in very much the same way that you would snuggle up and read an Agatha Christie novel. It reels you in from the very beginning, and I very much felt like I was part of the detective team, gathering clues and asking questions to those suspected of the murder. The language that is used, the imagery and the characters are all inviting, and makes for such a pleasant reading experience. I particularly like reading about Karen Willis, the detective who is confident, strong and feminine, I feel that she really is a role model for the present generation.

This book is firmly set in the Golden Age detective era. It's not a gritty blood bath of a book, its not that type of a book,  however it does not shy away from issues of sexuality, relationships, and how women are reprehend in society. This book is based upon good old fashioned policing, tales of morality, and integrity. It really is a refreshing take on the murder mystery novel, and I can't wait to read the next installment in this delightful series.

With thanks to Urbane Publocatins who sent me a paperback copy for review purposes.

A Death in the Night was published by Urbane Publications on 16 Nov. 2017 and can be found on Amazon here.
Posted by jo at 05:00