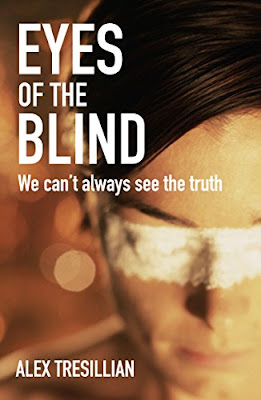 About Eyes of the Blind

A young blind woman receives the world's first and miraculous binocular eye transplant, but questions surround the operation. Why was she selected? And why is a major charity so keen to put up the huge amount of collateral to make the operation happen? Enter Niall Burnet, unemployed and visually impaired journalist, who believes all is not as it appears and searches for answers. Using his network of contacts he begins to unearth a conspiracy in the higher echelons of the charity, a conspiracy determined to ensure the transplant is a 'heroic failure'. When an ex-girlfriend is blinded, his guide dog is knocked down in a hit and run, and a doctor commits suicide, Niall joins forces with the 'miracle patient' to find out the truth a truth that will threaten their very lives.


My review of Eyes of the Blind 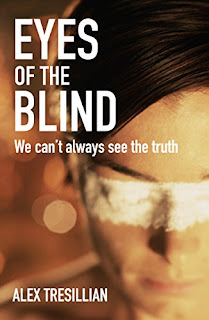 This book grabbed my attention with its tagine of ' We Can't Always See the Truth'. This, plus the fact that the protagonist is visually impaired,  screamed at me that that this book would be a different type of read from the usual crime stroke who done it type that I tend to read. I like to read books that blur the boundaries of genre and this book did exactly that - it's a brilliant read.

The character or Niall Burnet fascinated me. He made me laugh, I liked him from the moment I met him. It was pointed out at the very beginning that Niall is visually impaired and, that is that. It's not the dominant factor in this book, although the story revolves around the blind and visually impaired community as it delves into the practices of the charity that are behind the world's first eye transplant. It's not Niall's inability to see the world that defines him, but the fact that he is a damn good journalist who will stop at nothing to uncover the truth.

This is a cracking read with deception, and corruption at its very heart, that  makes you question every character that you meet, and that if what you are being told is the absolute truth.  I raced through the pages in my haste to find out who was determined to stop Niall in his search for the truth.

The Eyes of the Blind is a gripping read. It'kept my attention throughout, features intriguing characters that you can't help but care about, and a protagonist that just gets under your skin. it's a thought provoking read that as well as being an entertaining read, also manages to smash the stereotype that blind and visually impaired people are somehow incapable of leading a 'normal' life.  I can't wait to read the next book in the series.

I purchased my own copy.

Eyes of the Blind is published by Urbane Publications and is available to read in paperback and kindle.