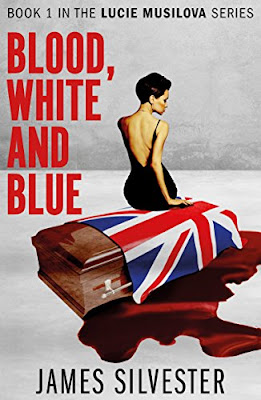 About Blood, White and Blue

Britain is a hotbed of racial tension and economic uncertainty. Only Sir Geoffrey Hartnell, an ageing but hugely respected MP, can bring about a successful resolution to the talks. But a ghost from the past threatens to bring the UK to its knees.

Lucie Musilova meanwhile, is a young woman running out of places to hide. Half-British, half-Czech and rejected by both countries in the aftermath of Brexit, she meets 'Mr. Lake', the eccentric Head of a branch of the intelligence services known as The Overlappers, and is press-ganged into service on the Hartnell case.

As events spiral out of control it soon becomes clear it is not just the future of the nation that is at stake, but Lucie's very life....

The new thriller from the bestselling author of Escape to Perdition and The Prague Ultimatum, is a gripping tale of corruption and perfect for fans of Luke Jennings, Daniel Silva and Stella Rimington. If you're a fan of Killing Eve you'll love this!


My review of Blood, White and Blue 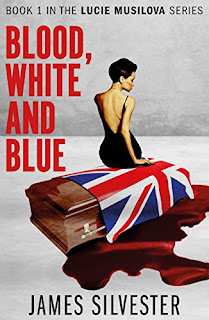 Wow. Where do I start with this book, other than to say it is utterly brilliant. I raced through the pages. It has everything. A plot that twists and turns, lots of fast paced action, Brexit and a kick-ass heroine who you just can't help but admire and root for. I loved this book!

Lucie Musilova is the star of this book and  she is completely mesmerising. She has a colourful past, having worked as a chaplain in the RAF, something which surprised me, given how she responded to a group of men who  attacked her while she was working aboard a ship on its way to England. I won't say what happens, but this truly captured my attention. I needed to know more about this woman and what had happened to her. I needed to understand her.

This book tackles some serious issues head on, such as political unrest surrounding Brexit, political scandal, immigration and the growing sense of unease  created  by the far right. It's a thought provoking read that is hugely  relevant to today's political climate, and although a bloody good thriller, the social commentary running throughout the plot, creates an in depth and moving read about a woman who is hugely misunderstood.

Blood, White and Blue is the first book in the Lucie Musilova series and I honestly can't wait to read the next instalment.

I purchased my own kindle copy of the book.

Blood, White and Blue was purblished on November 8th by Urbane.
Posted by jo at 06:04