*Blog Blitz* In the Wake of Death by Billy McLaughlin 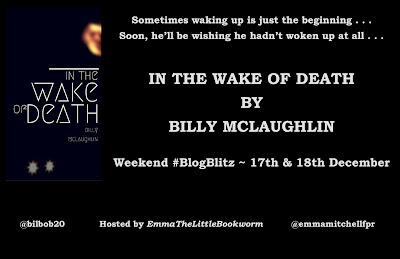 About In the Wake of Death


“This book does have a fantastically unexpected twist that left me breathless!” – Emma Mitchell, The Little Book Worm.
Sometimes waking up is only the beginning…

He was left for dead on the side of the road. Now Marc Adams is awake and he can barely remember anything about his life before. All he knows is that his meddling sister has returned to his life, whilst his partner Joel is gone.

Marc is convinced that something has happened to Joel. Why won’t anybody believe him?
As he is pulled further into the pit of his subconscious, Marc begins to remember exactly what happened on the night of his accident.

Soon, he’ll be wishing he hadn’t woken up at all.


Here is my review of In the Wake of Death 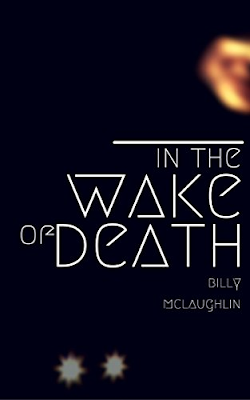 In the Wake of Death is a dark, psychological thriller with a twist that will leave you breathless. The story begins with Marc suffering a terrible accident, when he is left stranded at the side of the road. He cannot remember what happened to him, or how he ended up, lying in the road, left for dead. All he does know, is that his boyfriend, Joel, is missing and that nobody believes him. Although this book is based upon a tried and tested formula, that of memory loss and a storyline that slowly lets the reader know what happened to the protagonist,  this book takes this clever plot narrative to an entirely new and different level. It really is a refreshing read.

Marc, really is an enigma for me. I wasn't sure whether to believe him or not. I knew that he had suffered a head injury, so could I really trust what he was telling me? That is the big question in this novel. Can we trust Marc? Surprisingly, I did not like him. I found him to be rude, unsympathetic and untrustworthy, but, having said all of that, I found him interesting and I needed to find out what had happened to him.

One character that I did really like, and admired, was Margo, Marc's sister. I truly empathised with her, in the fact that she wanted to do her absolute best for her brother, while dealing with an elderly and poorly mother. She has the weight of the world  on her shoulders, but has the time to take care of her brother, even though they have been estranged for many years. I liked this aspect of the book. the fact that blood is thicker than water, and that in times of crisis, families really do pull together to help each other.

The book is actually two stories that initially, appear to be unconnected. We have Marc's story and how he begins his search for his missing boyfriend, while trying to piece  together what happened on that fateful night. But we also have the story of Nathan Sykes, and how he is searching for his missing boyfriend, Dean. It soon becomes apparent, that the two stories are somehow connected. But the author is very clever, as it isn't until near the end of the novel, that the connection is made.

In the Wake of Death, is a dark, captivating and thoroughly enjoyable read that will have you on the edge of your seat. The ending really does have an unexpected twist, and it completely shook me up. If you like novels that are dark, brooding and offer something a little different, then In the Wake of Death is just for you. I loved it, and I can't wait to read Billy's next book.

With thanks to the author for a digital review copy of the book.

To win a copy of, In the Wake of Death, enter a Rafflecopter giveaway. Good luck! 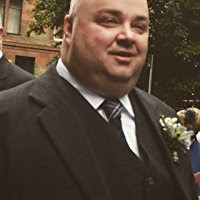 Billy McLaughlin is a Glasgow born author whose first three books are based in and around the area of Glasgow. His first novelette "Invisible" was a precursor to his first mystery novel "Lost Girl" which was released in May 2016. He then followed up with "In The Wake Of Death" which saw its release date of August 2016. Both novels have received praise for their dark and pacey tone, and for their strong relatable characters. Work on the next novel has already begun, with a view to a late 2016 / early 2017 release.

Keep your eyes peeled for future releases and news which can also be located via twitter (@bilbob20) and his Facebook group https://www.facebook.com/BillyMcLaughlinBooks/