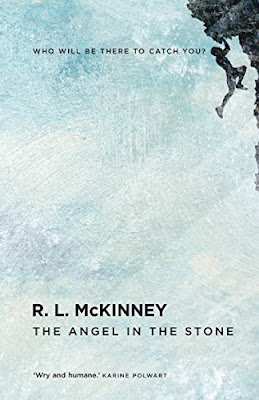 About The Angel in the Stone

Having returned to his childhood home in the West Highlands, Calum leads a quiet life. More than two decades after his brother Finn fell to his death, he still relives the event and struggles to find peace of mind. It isn’t so easy, however: his mother, Mary, has Alzheimer’s Disease and his estranged daughter Catriona has arrived out of the blue. Unexpectedly, Calum has his mother and daughter living with him and the house becomes a crucible of old resentments, disappointments, unspoken revelations and fragile but enduring love. Together and separately, Calum, Mary and Catriona retrace the events that have brought them to this point and made them who they are.


My review of The Angel in the Stone 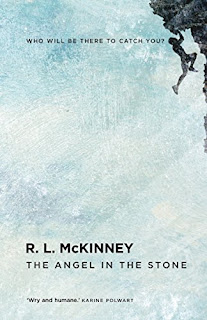 The Angel in the Stone is such an emotive and powerful read that made me think about family and how we support one another.  This is such a beautiful book that deals with the issues of depression, Alzheimer's disease and grief. This is a book to be savoured, to be read slowly.

The story centres around three central characters. Calum is a man who lives a solitary life and who has never been truly the same after his younger brother fell to his death while rock climbing twenty years previously. When his mother, Mary, takes a turn for the worse, due to the progressive nature of her Alzheimer's disease, she moves into Calum's home. During this same period in time, Calum's estranged daughter, Catriona, has troubles of her own and decides to spend some time with her father. So three generations are suddenly all under one roof, and this makes for a very interesting and emotional story.

This is not a light read, but a thought provoking one, that for me stirred up many emotions. It is a story about the importance of family and the ties that bind. It beautifully highlights the fragility of family and the vulnerabilities that are within the family unit. What I found most illuminating and incredibly touching was the relationship between Mary and Calum, the role now having been reversed. As a reader I could see both points of view and the reasons why both resented their new role. Relationships and the rebuilding of relationships is central to thes novel. It is Calum who has to leran to deal with his past, with the death of hs brother, so that he can love once more.

The entire story of how Calum learns to rebuild his relationship with both his daughter and mother is brought to life against the vivid depictions of Scottish life. The dialogue, scenery and imagery that are evoked are pure Scotland and I loved this. His relationship with his mother is a complicated one, and one that I don't want to go into it. But reading of how the two re-connect is both brutal and beautiful.

The Angel in the Stone is a thought-provoking, powerful and genuinely beautiful book. It made me question the relationships in my life, the past and ultimately, how our past shapes and defines our future. It is a remarkable book.

The Angel in the Stone is published by Sandstone Press on 17 August and can be found on Amazon here.