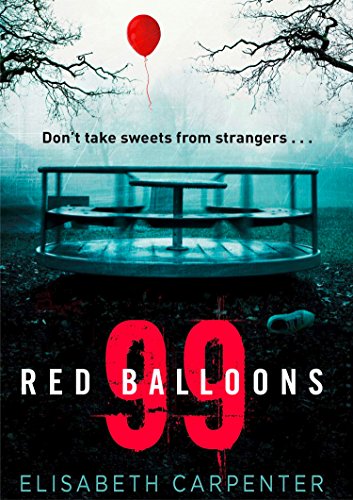 Two girls go missing, decades apart. What would you do if one was your daughter?

When eight-year-old Grace goes missing from a sweetshop on the way home from school, her mother Emma is plunged into a nightmare. Her family rallies around, but as the police hunt begins, cracks begin to emerge.

What are the secret emails sent between Emma’s husband and her sister? Why does her mother take so long to join the search? And is Emma really as innocent as she seems?

Meanwhile, ageing widow Maggie Taylor sees Grace’s picture in the newspaper. It’s a photograph that jolts her from the pain of her existence into a spiralling obsession with another girl – the first girl who disappeared… 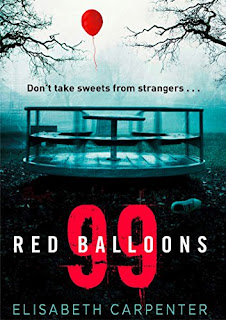 My review of 99 Red Balloons


I'll just start by saying that I loved 99 Red Balloons. This was a disturbing book to read, and one that I found hard to put down. It really is an exceptional debut by Northern author, Eliabeth Carpenter.

The story begins when eight-year-old Grace goes missing from a sweetshop near her home after school. Her distraught parents, Emma and Matt, alert the police and the search begins.

The novel is told from various viewpoint's. We read from the viewpoint of an abducted girl, but we ate not told her identity. We read the thoughts of Stephanie, Grace's Aunt, and from Maggie, a woman whose granddaughter vanished many years ago. All of these stories are important, and bring a rich tapestry to the narrative.  I found Maggie the most interesting and endearing of all the characters. A woman who has suffered tragedy, but who stoically gets on with life, I found her tale completely gripping.

This is a difficult subject to read about, the abduction of a child, but the story focusses upon how the parents and loved ones deal with this trauma. It is about their relationship with each other. Although Grace is abducted, the chapters about her are not physically or sexually graphic.

As a pnyschological thriller, this book most certainly lives up to its name. There are many twists and turns and it is not until the end that you get the full picture of what has gone on. In that respect it is very clever. I found myself racing through the pages, wanting little Grace to be found safe and well. It is a highly emotive read.

99 Red Balloons is a psychological thriller and one that is packed with emotion, complex characters and narrative. I enjoyed this debut immensely and look forward to the next novel by this author.