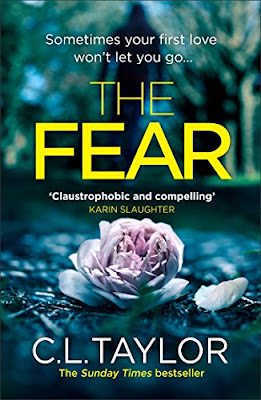 When Lou Wandsworth ran away to France with her teacher Mike Hughes, she thought he was the love of her life. But Mike wasn’t what he seemed and he left her life in pieces.

Now 32, Lou discovers that he is involved with teenager Chloe Meadows. Determined to make sure history doesn’t repeat itself, she returns home to confront him for the damage he’s caused.

But Mike is a predator of the worst kind, and as Lou tries to bring him to justice, it’s clear that she could once again become his prey


My review of The Fear 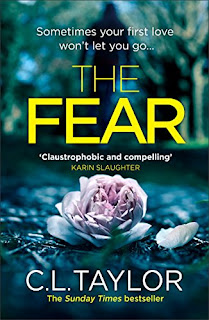 The Fear is a disturbing and gripping read. I raced though the pages that told the story of Lou Wandsworth, a woman whose life had been tragically altered by events that took place when she was just a young teenager. This book tackles the subject of grooming, so will not be a suitable read for everyone due to its sensitive nature. But, the author tackles the subject with great sensitivity, so that we gain an insight into Lou's life and how she manages to rebuild her life.

For me, the fact that this bokk focuses upon the victim of grooming and paedophilia, makes it an incredibly powerful and different type of read.  Usually with this type of subject matter we are drawn to focus upon the perpetrator and their actions. But this bokk firmly focuses upon Lou, who is now 32 years of age. We are allowed an insight into how this affected her life, and how it shaped the woman she was to becone.  We also read how it affected her family and those who love her.

As we begin the book, Lou  lives a somewhat lonely life. She has a successful career, but she finds it difficult to have any real lasting relationship because of what happened to her when she was younger. I felt so sorry for Lou, about what had happened to her, and as I read through the pages it soon became apparent of what she went through, and how this then affected her, both as an adolescent and then as a grown woman.

Lou is an incredibly likeable character.  Her honesty oozes from the page, and the fact that she can now see that a young girl, Chloe, has found hrtsehf in a similar situation to herself as a young girl, sets her on a mission to protect this girl and to set things right. This also sets the wheels in motion for a fast, unsettling and grizzly tale.

The Fear is highly original. It's not a light read, but I feel that it is an important read in its highlighting of what can happen to young girls who find themselves chsrmes and then groomed by older men. The book helps to shed light on what happens to these victims, about what they go through, which we as the public never really get to know or understand.

The Fear is a brave novel, simply because of the subject matter. I feel that it gives a voice to those young girls who find themselves victims to such vile predatory  men. It gives them back the power. The sharing of Lou's story is a powerful and emancipating read.
Highly recommended.

The Fear is published by Avon on 22 March. It can be found on Amazon here.