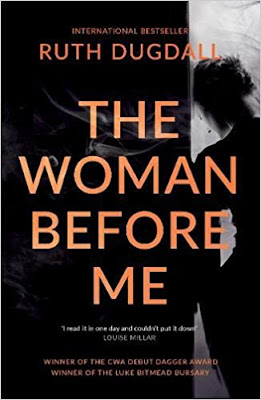 About The Woman Before Me

They came for me, just like I knew they would. Luke had been dead for just three days.

Rose Wilks' life is shattered when her newborn baby Joel is admitted to intensive care. Emma Hatcher has all that Rose lacks. Beauty. A loving husband. A healthy son. Until tragedy strikes and Rose is the only suspect.

Now, having spent nearly five years behind bars, Rose is just weeks away from freedom. Her probation officer Cate must decide whether Rose is remorseful for Luke's death, or whether she remains a threat to society. As Cate is drawn in, she begins to doubt her own judgement.

Where is the line between love and obsession, can justice be served and, if so... by what means?


My review of The Woman Before Me 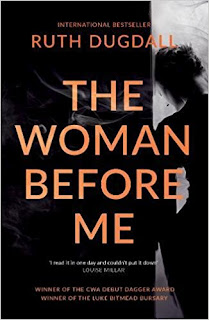 The Woman Before Me is a powerful, emotive and all consuming read. Once I picked this book up I found it very hard to put down. It's a book that deals with motherhood, what it means to be a woman, and obsessive love. I read Rose's story with both wonderment and horror, and always with a lump in my throat.

The novel is told from two points of view.  We hear from Rose, the mother who tragically loses her own baby and who is convicted of killing another baby. She has a powerful narrative voice and by the end of the book I felt like I really knew her. I've never quite met a character like Rose, and think I never will again. My emotions towards her constantly changed throughout the book, but I did find that I was on her side. As well as reading the present day story, we also gain glimpses from her past in the reading of her Black Diary entries. This gave much needed insight into her character, and helped me to understand her and ultimately empathise with her.

We then have the probation officer, Cate, who has her own difficulties and demons to deal with. I really liked Cate and everything she stood for. She also provided great insight into what probation officers actually do. Cate also finds herself torn between the woman she sees before her now, and the woman who was convicted of killing a child. Is Rose really innocent? I found that Cate was just as confused as I was.

We then have Emma, the woman whom Rose befriends and whose child she is convicted of killing. We learn of Emma through the eyes of others and to be truthful I couldn't get to grips with her. Did I like her? No, not really. I felt that there was something about this woman that made me not want to trust her, nor like her, but I couldn't quite put my finger on the reason. She is though a fascinating character, and the relationship between herself and Rose truly gripped me. I needed to undersrand their relationship and what had really happened that fateful night.

This book deals with what it is to be a woman, juggling the life work balance when you have a child. It deals with all consuming love, how women are perceived by other women and what women perceive themselves to be. It's such a clever read.

There was a real sense of foreboding as I read through the pages, a creeping sense of unease as the layers to the truth were slowly unpeeled. The ending. Oh, the ending, it completely took me by surprise, but at the same time I knew that it couldn't end any other way

With thanks to the publisher who sent me an ebook for review purposes.

The Woman Before Me (The new paperback edition) was published on March 1st by Legend Press and can be found on Amazon here.