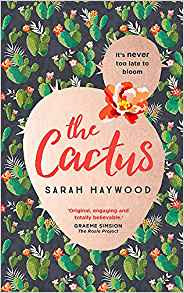 People aren't sure what to make of Susan Green - family and colleagues find her prickly and hard to understand, but Susan makes perfect sense to herself, and that's all she needs.

At 45, she thinks her life is perfect, as long as she avoids her feckless brother, Edward - a safe distance away in Birmingham. She has a London flat which is ideal for one; a job that suits her passion for logic; and a personal arrangement providing cultural and other, more intimate, benefits.

Yet suddenly faced with the loss of her mother and, implausibly, with the possibility of becoming a mother herself, Susan's greatest fear is being realised: she is losing control.

When she discovers that her mother's will inexplicably favours her brother, Susan sets out to prove that Edward and his equally feckless friend Rob somehow coerced this dubious outcome. But when problems closer to home become increasingly hard to ignore, she finds help in the most unlikely of places.

This sparkling debut is a breath of fresh air with real heart and a powerful emotional punch. In Susan we find a character as exasperating and delightful as The Rosie Project's Don Tillman. An uncompromising feminist and a fierce fighter, it's a joy to watch her bloom.


My review of The Cactus 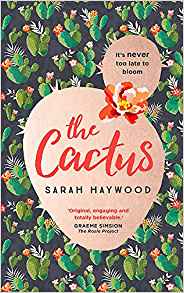 I absolutely loved The Cactus. What an absolute breath of fresh air this book was. I know I shouldn't judge a book by its cover, but as soon as I saw this pretty book cover I knew I needed to hold this book in my hands. I was also incredibly intrigued by the title. It drew me in to the story, as I needed to learn who Susan Green was and to understand her story.

The Cactus revolves around Susan Green, a 45-year-old woman who quite frankly has a lot of changes to deal with in her life. Her mother has recently passed away, so she finds herself grieving for a mother, as well as having to sort out her financial affairs and funeral. On top of this, she also has to deal with her layabout brother, Edward, and his friend and now new lodger, Rob, who are now living in the maternal home. Susan has to come to terms with the fact that her mother favoured Edward over her, and what this actually means. This would in itself be bad enough, but she also has other personal matters to deal with, that of becoming a mother.

I am only a few years younger than Susan, and I quickly began to understand her, and to empathise with her. I actually liked her, although I wondered if I should. I liked her practicality, her no nonsense attitude to lufe, and she made me smile many times. I also felt incredibly sorry for her. Here we have a woman who is often misjudged, who finds it difficult to make friends and, who finds it incredibly diffcut to move out of her comfort zone.

Susan finds herself on a journey. Of how life is not always how you planned it, and it was absolutely glorious to see her bloom and embrace new challenges and to open up to people. This is very much a character driven novel and the relationship between Susan and Edward is a complex one, as was her relationship with her mother. It is this unravelling and understanding of the family's dynamics that makes this novel so very special.

I enjoyed every minute of this book. It was a pure delight to read from beginning to end, and I was a little sad to say goodbye to Susan Green.

The Cactus was published on 25 Jan by Two Roads. It can be found on Amazon here.