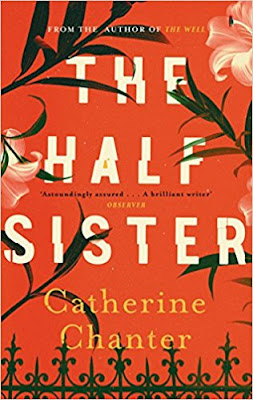 About The Half Sister

When she was sixteen, Diana left her unhappy family and set out to make a new life. Twenty-five years later, she has arrived. Recently married to Edmund, she lives with him at his family's historic country home.

But when Diana hears that her mother has died, she impulsively asks estranged half-sister Valerie and her nine-year-old son to stay. The night of the funeral, fueled by wine and years of resentment, the sisters argue and a terrible accident occurs. The foundations of a well-ordered life start to crack and the lies begin to surface, one dangerous secret after another. And then there's the boy, watching, waiting.

The Half Sister is a profound and haunting aportrayal of those who are imprisoned by their past and by the struggle to find the words which will release them.

My review of The Half Sister 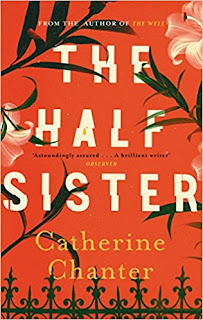 The Half Sister is a dark, and almost claustrophobic read that I found hard to put down. Almost Gothic in nature, this book drew me into this uncomfortable story, with characters that both fascinated and angered me. This is an uncomfortable read, touching upon childhood trauma, broken families, and abuse, but the setting is exquisite and the tale beautifully told.

There is a haunting melancholy about this book. The pages are steeped in sadness that I couldn't quite shake off, but at the same time I couldn't escape its beauty, and the way in which the story enticed me in. I wanted to find out what had happened in the past and, why Diana and Valerie had become estranged. I wanted to learn how their pasts had shaped their futures.

I'll also admit to not particularly liking any of the adult characters. Mikey, the nine-year-old son of Valerie, I did like. I understood this little boy and just wanted to mother him. As for the others, well all are flawed, and although unlikeable, they did fascinate me. Diana in particular is a complex character to understand, and even  by the end of the book I had a lot of unanswered questions, but I think this was how it was meant to be.

At the heart of this novel is the story of sibling rivalry, and of how childhood trauma impacts upon the rest of your adult life. The narrative is at times incredibly claustrophobic, the subject matter dark, but what kept the narrative light was the sheer amount of description given to both character and environment. This is a character driven novel, and I needed to know what happened during childhood and ultimately, what would happen to Mikey.

The Half Sister is a thought provoking read about family, trauma and morality. I am sure that this book will divide readers, but I found it a dark and compelling read.