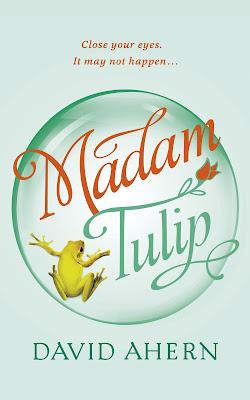 
Suspense, mystery, action, a little romance and lots of laughs
Out-of-work actress Derry O’Donnell is young, talented, a teeny bit psychic … and broke. Spurred on by an ultimatum from her awesomely high-achieving mother, and with a little help from her theatrical friends, Derry embarks on a part-time career as Madame Tulip, fortune-teller to the rich and famous. But at her first fortune-telling gig - a celebrity charity weekend in a castle - a famous rap artist will die.


As Derry is drawn deeper into a seedy world of celebrities, supermodels and millionaires, she finds herself playing the most dangerous role of her acting life. Trapped in a maze of intrigue, money and drugs, Derry's attempts at amateur detective could soon destroy her friends, her ex-lover, her father and herself.
Madame Tulip is the first in a series of Tulip adventures in which Derry O’Donnell, celebrity fortune-teller and reluctant detective, plays the most exciting and perilous roles of her acting life, drinks borage tea, and fails to understand her parents.


Fans of humorous mystery writers Janet Evanovich and Carl Hiaasen will love Madam Tulip.
My review of Madam Tulip
Well Madam Tulip is a thoroughly enjoyable read. I sometimes find that Irish fiction portrays stereotypical Irish characters, but this book does not do so. It is a beautiful mix of Irish narrative, folk law, mystery and crime. The gentle way in which this author writes and presents the characters to us on the page, clearly shows him as an individual with great insight into human behaviour and his former life as a research psychologist.
Derry O’Donnell is a sassy out of work actresses who becomes Madam Tulip, a fortune teller. As she is short of cash, she takes on the role as Madam Tulip at a private function in a castle, on a lake, and this is when the story really begins to take shape. I especially liked the way in which she read the cards and saw into the future. To me it appeared that the author really knew what he was writing about when describing these passages in the book.  I have never had my fortune told, I am far too scared, as I believe that they can see into the future and, I would rather not know. But this book has intrigued me and maybe one day I will go and have my cards read.
Derry is obviously the central character of the book and she is most certainly a strong leading lady. However, there were so many other strong and likeable characters in the book, who all played a great supporting role. Bruce, the ex navy SEAL and resting actor, is absolutely hilarious and just happens to be gay. I would love him as a best friend, as I know he would always look out for me. Then we have Bella, a strong, independent woman who speaks her own mind and who always seems to get right into the middle of any trouble that is brewing. We all know someone like that! I couldn't help but like her. But the star of the book for me had to be Jacko, Derry's happy go lucky charming, boozing and gambling dad. On paper he should be annoying and instantly disliked, but I liked him very much. He reminded me of Jack in Father Ted, but he drinks drank less and is highly articulate.
I was a little surprised to see that this book is under the label of crime and thrillers. I think that for many readers this will be slightly misleading, as they may be expecting a fast paced thriller? It did not put me off, as I enjoyed the slow pace of the story. It reminded me of a warm cosy mystery that was gentle and funny at the same time.
I very much enjoyed this first installment in the Madam Tulip series. I look forward to reading more by David Ahern.
I received a review copy of Madam Tulip from the author in exchange for an honest review. ﻿
About David Ahern 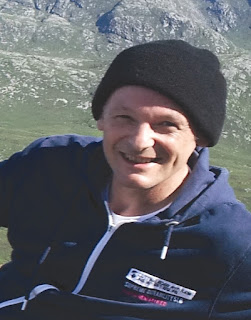 Madam Tulip can be bought from Amazon here
Posted by jo at 06:00