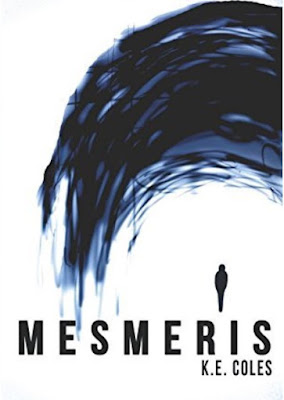 About Mesmeris - Taken from Amazon

‘How about we pretend,’ he said, ‘just for today? I pretend I’m good and you pretend to believe me.’ You're lonely, bored, and you meet Mr Perfect - beautiful, funny, sexy and dangerous. It's a dream come true, isn't it? But what if it isn't a dream? What if it's a nightmare? When a spate of vandalism at a small English church is followed by a brutal ritualistic execution, suspicion falls on malign religious sect, Mesmeris. Pearl is seventeen and naïve, no match for enigmatic, dangerous Jack. Seduced by his charm, she finds herself drawn into the murky world of the twisted, violent cult. Her love for Jack puts her own life in danger, and leads her into conflict with not only Mesmeris and the police, but also her own family.


Mesmeris is a YA novel like no other I have read. This book is deeply dark, and I mean dark, so don't be fooled by the YA genre. There are some quite disturbing plot lines in this novel, so if you are easily offended then this book probably isn't for you. Having said that, I am not easily offended and once I got my head round the fact that this was not your average YA read I did enjoy it.

At the heart of the book is Pearl, a 17-year-old girl who lives in a vicarage with her Reverend dad, nurse mother and younger sister who is aged fifteen. Pearl I found utterly believable and the author managed to encapsulate the feelings that every teenage girl has. I liked Pearl and because I liked her I carried on reading, although some of the scenes I did find quite disturbing. If I hadn't believed in her character and wanted the absolute best for her, then I may have given up. She is what makes the book work.

This is not a light and romantic read. Yes it is a book that deals with romantic love and first love, but this is not a heart and flowers book. The emotions that are evoked between Jack and Pearl are real. As the blurb states, Pearl is seduced by him, but the same could also be said of Jack. They are polar opposites, but somehow they belong together.

This book deals with issues of the occult, ritualistic murder and violent assault, as I said, not your average YA read. But the way in which these issues are dealt with, I felt, were not for pure gratification. They were integral to the plot and to the characters. Pearl enters this world of Mesmeris and it is through her eyes that we see the horror that she sees. We feel what she feels. As an older reader of 41, I obviously saw Pearl through different eyes than say that of a 17 year old. I have more in common with her mum after all. So perhaps that was why I felt so protective of her. I did not want her to make the mistakes she was going to make, that I could see a mile off - but there was nothing that I could do.

What did I think about Jack? An anti hero of the day? Perhaps - I am still unsure and I have been mulling it over. I did like him and I understood his actions and felt that he really did care for Pearl. He too though is only young and without giving the plot away, he too wants to be a good person.

I'll be honest and say that I did find this a difficult read as it is a book that is far out of my comfort zone. But I did enjoy it. As it is the first in a trilogy, I will also be reading the second book to find out what happens next in the world of Pearl and Jack.
Mesmeris is available to buy from Amazon here 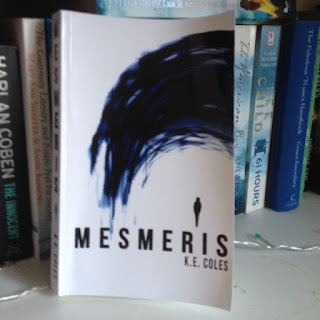 Karen Coles was born in Taplow, Berkshire. Before beginning her writing career she was an exhibiting artist and occasional art tutor.

Mesmeris, a darkly compelling tale about a malign religious sect, Infixion, it's sequel, and the third and final book in the trilogy, Wormwood, are all available from Amazon.