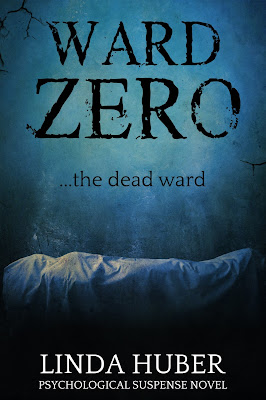 Horror swept through her. Had she been buried alive?


On Sarah’s first visit to see her foster mother, Mim, in Brockburn General Hospital, she is sucked into a world that isn’t what it should be.
Someone is lying, someone is stealing. And someone is killing – but who? With a grieving child to take care of, as well as Mim, Sarah has to put family first. She doesn’t see where danger lies – until it’s too late.

If you think you’re safe in a hospital, think again.

My Review of Ward Zero


Ward Zero is a fast paced, realistic and heart-warming psychological thriller that I found incredibly difficult to put down. From the very beginning we know that something bad is going to happen and we know the date it will happen. This was one of the reasons that I found myself racing through the book at break neck speed in order to find out exactly what would happen... and the truth was shocking.
I really enjoyed this book. I was firstly intrigued to see how the hospital scenes would be played out. It was very obvious to me that the author had inside knowledge to the daily working of a ward and, in particular rehabilitation wards within a hospital. As a former nurse, I found the scenes that occurred within the hospital to be incredibly realistic and I could vividly remember the smells of the ward and the activities that took place within them.
Although this book is a psychological thriller with some incredibly gritty scenes, the book is also a story of family love and family dynamics. Mim is at the heart of the family and I found her a likeable and warm character. She reminded me of my own grandmother who herself fostered and then adopted many children over the years. I really like how this theme of family life was portrayed, in that family is simply a collection of people who love and care for each other. It is not always about blood.

I really don't want to give too much away and spoil the book, but I also must mention Sarah, who is the ventral female lead in the book. She is a strong and determined young woman who has suffered loss in her life and because of this wants to help others with their loss. She to was incredibly likeable, although I did tell her off a few times for some of the choices that she made.

Throughout the book I found myself closely analysing all of the male characters to see if they could possibly be a killer and, I kept changing my mind as to whom I thought the cuprite was. Even when I found out the terrible truth I was still shocked.
The big question that the book asks though is, are you safe in hospital? The vulnerability of elderly and confused patients is eloquently discussed. We've all read news articles were we find out that terrible abuse has happened in care homes and other caring insinuations for the sick and vulnerable. What can happen is frightening, and this book explores what can happen. Although fiction, this story is all too real.

I will now be searching for Linda Huber's other titles.
﻿ 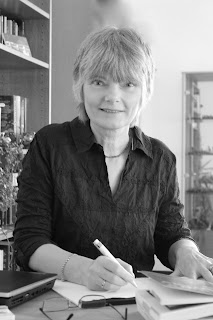 Linda Huber grew up in Glasgow, Scotland, but went to work in Switzerland for a year aged twenty-two, and has lived there ever since. Her day jobs have included working as a physiotherapist in hospitals and schools for handicapped children, and teaching English in a medieval castle. Not to mention several years spent as a full-time mum to two boys and a rescue dog.

Linda’s books are psychological suspense novels, and the ideas for them come from daily life. The Paradise Trees and The Cold Cold Sea were traditionally published in 2013/2014 before she self-published The Attic Room in 2015 and Chosen Child in early 2016.

Ward Zero, her fifth book, was inspired by a consumer programme on Swiss TV. 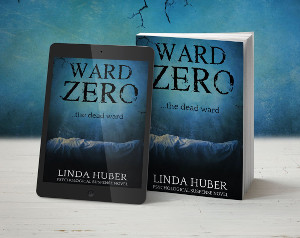 Ward Zero is available to buy from Amazon UK and US.