*Blog Tour* The Bear and the Nightingale by Katherine Arden - First Chapter Reveal and Giveaway! 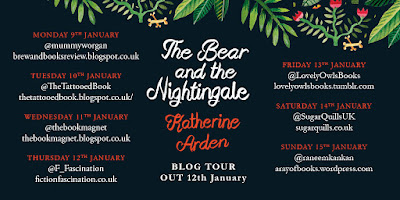 About The Bear and the Nightingale


A young woman's family is threatened by forces both real and fantastical in this debut novel inspired by Russian fairy tales. In a village at the edge of the wilderness of northern Russia, where the winds blow cold and the snow falls many months of the year, a stranger with piercing blue eyes presents a new father with a gift - a precious jewel on a delicate chain, intended for his young daughter. Uncertain of its meaning, the father hides the gift away and his daughter, Vasya, grows up a wild, wilful girl, to the chagrin of her family. But when mysterious forces threaten the happiness of their village, Vasya discovers that, armed only with the necklace, she may be the only one who can keep the darkness at bay.

To be in with a chance of winning a hardback edition of The Bear and the Nightingale you can enter an online raffle powered by Rafflecopter. UK entries only.

a Rafflecopter giveaway This runs from Jan 9th through to Jan 13th. Good Luck!

*I will contact the winner, who will need to supply their address in order to receive the book direct from the publisher*

Below is the first chapter of The Bear and the Nightingale. Enjoy! 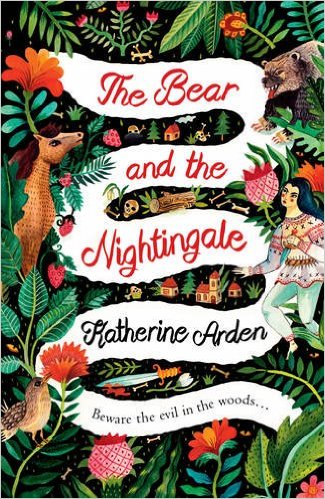