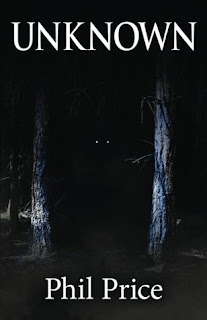 About Unknown
Every year across the world thousands of people disappear.
Many return home safe and well. Some are never found.
A select few end up far from home, harvested by two feuding brothers who need their blood.
How on Earth can this happen?
It doesn't happen on Earth.
Q & A with Phil Price 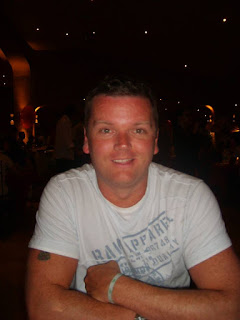 
What is the first book you remember reading or having read to you?
The Bible. Read to me by my cousin Michelle. I thought it was a bit far-fetched.

Who is your favourite literary character?
At the moment, I’d say Jack Reacher. If you’ve read Lee Childs, you’ll know why.
Which book have you always meant to get around to reading, but still not read?
How to be a great husband. Next!
If you could only take one book with you on a desert island, which would it be?
The Lord of the Rings. I think it would keep me company on those long nights. Would need a torch though.
What are you currently reading?
hrown to the Blue, by KJ Chapman. Check her out. She’s a great writer.
Who would be at your dream dinner party (alive, dead or fictional)?
Captain Chaos, Ron Burgundy, and my Dad.
hat's the best advice you have ever received?
Take your work seriously, but don’t take yourself too seriously.
What's the worst advice you have ever received?
Don’t take a career change. Stay put and be comfortable.
Who is your hero or heroine (real or fictional)?
Michael Palin. He’s just the dogs …………
Where are you happiest?
Laid on the sofa with my two son’s clambering on top of me.
Who would you like to star in the film of your life?
Someone really good looking. Harrison Ford. It would need to be Phil Price, the Later Years.
Describe your best ever holiday.

My honeymoon to Mauritius. It was just idyllic. Lazy days spent reading and relaxing, followed by fun nights. Plus it was all inclusive. Need I go on?
If you could be invisible for a day, what would you do? (easy, tiger!)
Hang around the lingerie department like Father Ted.
If I joined you on your perfect day, what would we be doing?
Sat in a bar in the Sierra Nevada, drinking cold beer, watching the world go by. You’re buying
Which book character do you wish you had written?
John Clarke by Tom Clancy. From Frogman to CIA agent. It doesn’t get much better than that.
Why did you write a book?

Because I had a whiff of a plot and decided I could do something about it. I wanted to share story with folk. I wanted my kids to one day say. “Wow. Dad is an author.
Why did you choose your particular genre?
I don’t have a genre as such. My first book is kinda horror/fantasy. I have a Sci-fi novel construction and other books planned that are not horror. However, I love scary stories. I the thought of monsters and magic. It appeals in our world of X-Factor and celebrity. Let’s take it back to a more primitive time, where vampires roam freely.
If you had to write in a different genre, which would you choose?
Err. See above. Lol. Love Sci-fi. I’m trying to write a novel as we speak. I guess I just love to daydream and write about far out stuff.
If you could be anyone for the day, who would you be?
Easy. Superman. I can fly and wear tights at the same time. Did I just say that out loud?


You can buy Unknown from Amazon UK and Amazon US

Catch up with all posts from the blog tour! 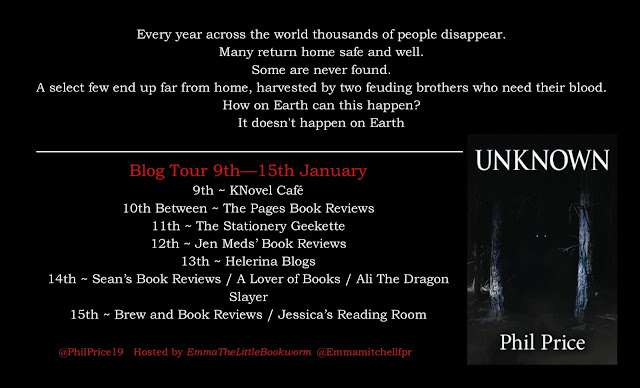 Phil Price was born in Sutton Coldfield in 1974. He lived in various places until his family settled in Rednal, Birmingham in 1979. Growing up with and older brother and sister he always flirted with reading as there were always books lying on shelves around the house. Then in 1997 he embarked on a travel expedition that took him from Greece to Thailand, via East and Southern Africa. Sitting in dusty bus stations in Kenya, Tanzania, and Malawi gave him the opportunity to ignite his imagination fully. Since those far off days he has never been without a book to read.
He toyed with the idea of writing a book in 2009. After writing a few short stories he caught a whiff of a story in his head. It grew and grew in 2010 until he had enough to begin. Marriage and two children came along, with the story being moved to the back burner for periods of time. However during those periods of writing inactivity the story continued to evolve until it just needed to be written down.
The book is littered with places that had influenced Phil's life. From the Lickey Hills in Birmingham, to the Amatola Mountains in South Africa with other locations, in-between and far beyond.