A Lifetime Burning by Linda Gillard 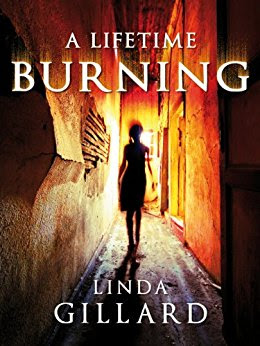 About A Lifetime Burning


A complex family drama spanning the 20th century from the author of Kindle bestseller, HOUSE OF SILENCE.

“There has been much love in this family – some would say too much – and not a little hate."

Looking back over a turbulent lifetime, Flora Dunbar recalls an eccentric childhood lived in the shadow of her twin, Rory, a musical prodigy; then early marriage to Hugh, a handsome clergyman twice her age. Motherhood brought her Theo, the son she couldn't love, but in middle age she finally found brief happiness in a scandalous affair with her nephew, Colin.

Now Flora Dunbar is dead. But it isn’t over.

The spectre at the funeral is Flora herself, unobserved by her grieving family and the four men who loved her...


My review of A Lifetime Burning 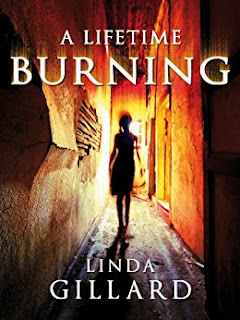 A Lifetime Burning is an unsettling, haunting and emotional read about the different types of love within a close knit family. I will just say that due to the sensitive themes within the book, that it will not be for everyone, and to be honest, if I hadn't already read other books by Linda Gillard, I would have thought twice about reading this book. What we read is simply a woman's story about the men who played such powerful roles within her life, and who shaped the woman that she was to become. It is a beautiful story handled with great sensitivity.

We meet Flora Dunbar at the beginning of the book, as a spectre at her own funeral, and this instantly grabbed my attention. As a character, she truly captivated me, and I wanted to know what had happened to her in life, and the reason for her death. Her life was shaped by four men, her twin brother, her husband, her son, and the young nephew whom she had a brief affair with. Throughout the book, that stems from her early childhood that was somewhat eccentric and unorthodox, right through to the moment of her death, we learn why Flora is who she is.

Every single character is important within this novel. All impacted greatly upon Flora's life, all are flawed, and all unique. We have Rory, the twin brother, a talented musician who learned to play before he could talk. Flora is forever in his shadow. Here is a man whom I couldn't get to like, no matter how hard I tried, but who stayed with me long after I had finished reading the book. Then we have Flora's marriage to Hugh, a clergyman who is much older than her. She was very young when she married him, a widower, and from the very offset it is clear that the marriage is doomed. The exploration of Flora's relationship with her brother is what shapes every other single relationship that she has. I don't think I have ever read another book that explores the twin relationship in so much detail and intensity as this book. It is quite extraordinary to read. At its heart though is a tangled love story. Of a woman who was loved and who had much love to give.

But this is also a book that explores the relationship between women, of mother and daughter, and in particular that of Flora and Grace, her sister-in -aw. This relationship was fascinating to read. Both women are bound together because of Rory, a forced bond that is exquisitely explored.

Flora though is the starring role. I felt great empathy towards this woman whose life was pretty much mapped out from birth. The descriptions of her life as a young mother to Theo were incredibly difficult for me to read. Here was a woman who clearly struggled with motherhood, who struggled to bond with her child, and my heart went out to her.

A Lifetime Burning is one of those books that tackles the darker realities of life with compassion, understanding and great sensitivity. What should be a somewhat difficult read is made to be a consuming and thought provoking one because of the great skill of this writer. It's an emotional read that fully engaged me. Flora and Rory will stay with me for a long time.

With thanks to the author who provided a paperback copy for review purposes.

A Lifetime Burning can be found on Amazon here.