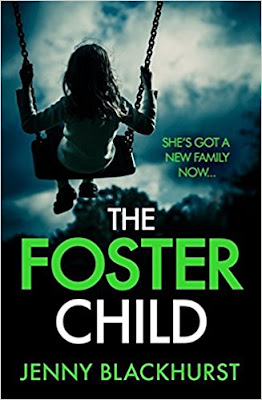 About The Foster Child

When child psychologist Imogen Reid takes on the case of 11-year-old Ellie Atkinson, she refuses to listen to warnings that the girl is dangerous.

Ellie was the only survivor of a fire that killed her family. Imogen is convinced she's just a sad and angry child struggling to cope with her loss.

But Ellie's foster parents and teachers are starting to fear her. When she gets upset, bad things seem to happen. And as Imogen gets closer to Ellie, she may be putting herself in danger...


My review of The Foster Child 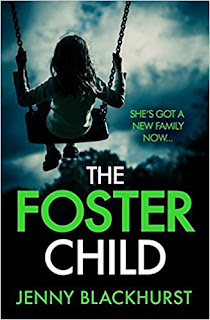 The Foster Child is a gripping and disturbing read and I devoured it in a few short sittings. It's fast paced, packed with short and punchy chapters that took my breath away. I found myself completely immersed in this unsettling story about a young girl who nobody quite seems to understand.

Imogen Reid is a child psychologist who together with her husband, finds herself back in the town where she grew up, and living in her deceased mother's house. From the very offset the scene is set for an unsettling and quite creepy read. The shocking prologue brilliantly draws you in and then the descriptions of the town and its inhabitants most certainly have a disturbing and unnatural vibe.

This book's blurb is very vague, and with good reason, so I won't go into plot specifics. It's just enough to say that Imogen in her role as child psychologist, finds herself working with Ellie, the eleven year old girl who was the only survived of a house fire that killed her family.

Throughout the book we hear from both Imogen and Ellie, and this gave real insight into what had happened in the past. What I most particularly enjoyed was their conversations and interaction. Here is a little girl who has lost everything and who it appears, has been shunned by the local community. Why is this? What are they all afraid of ? Why can't they see the frightened and alone girl that Imogen sees?

This is such a clever read, as it is so difficult to know who to believe. Is Imogen 's version of an afraid and misunderstood little girl, correct? Or should everyone really be afraid of this little girl? While reading, my judgement kept shifting. I think that as a mother you cannot help but side with Ellie. I was on her side, but it was also hard to admit to myself that she made me feel uneasy. And as for the ending...well...just brilliant!

The Foster Child is a stunning read. It's all consuming, eerie, unsettling and it made me question the little girl before me on the page. It's a psychological thriller that kept me on the edge of my seat. It's an amazing book.

With thanks to the publisher and Bookbridgr for an Advanced paperback copy.

The Foster Child was published by Headline on 16 November. It can be found on Amazon here.