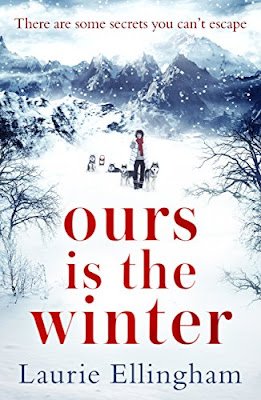 About Ours is the Winter


Erica, Molly and Noah are embarking on the challenge of a lifetime, driving Siberian huskies across the frozen wilderness of the Arctic. Cut off from the world and their loved ones and thrown together under gruelling conditions, it isn’t long before the cracks start to show.

Erica has it all. A loving husband, a successful career and the most adorable baby daughter. But Erica has been living a double life, and as she nears her fortieth birthday her lies threaten to come crashing down.

Molly was on her way to stardom. But when her brother died, so did her dreams of becoming an Olympic champion. Consumed by rage and grief, she has shut out everyone around her, but now she’s about to learn that comfort can come from the most unexpected places.

Noah has a darkness inside him and is hounded by nightmares from his past. Tortured, trapped and struggling to save his fractured relationship, he knows this journey is not going to help, but try telling his girlfriend that.

As their lives and lies become ever more entwined, it becomes clear that in the frozen wilds there is nowhere to hide.


My review of Ours is the Winter 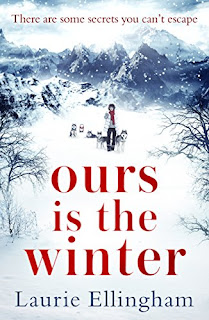 Ours is the Winter is such a beautiful book to read. I first stumbled across Laurie Ellingham when I read One Endless Summer earlier this year. I loved this book and so was very excited to find that she had a new book out. Ours is the Winter did not disappoint. It's magical.

Set amongst the ice and snow of the Arctic, we follow three characters, Erica, Molly and Noah, as they slowly trek across the Arctic as part of the husky challenge. The way in which this landscape is portrayed is breathtaking, I could literally smell the snow and ice, I felt cold. But, what was equally interesting, was the detail about the Siberian huskies and how they helped to move people across the snow. This I found fascinating.

At the heart of this story though are the three characters. Erica, her half stater Molly, and Noah, who they meet as part of the husky challenge team. All have their secrets and all are trying to come to terms with their past in order to build a future. The isolation of the Arctic provides the perfect backdrop for them to examine their lives, and because of the isolation and need for human contact, they are inevitably thrown together, and the examination of their lives can begin.

All three characters intrigued me, and I wanted to understand what had happened to them, I'll admit that Noah, for me, was the most fascinating of the three. His story gripped me. He could not escape the trauma of what had happened to him one fatal night. He still feels trapped within his own body, and the way in which his thoughts and feelings are described on the page is just heartbreaking and utterly believable. As half sisters. Erica invited Molly on the trip to try and reconnect, to try and build up their relationship, and again this was hugely emotional to read. As we progress through the book, we slowly learn what happened to these three characters, and how they can all help each other heal.

This is a perfect book to read during those cold winter nights. It's a book about the past, but also about new beginnings. It's delightful.

With thanks to the publisher and NetGalley for providing an Advanced Reader Copy for Review purposes.