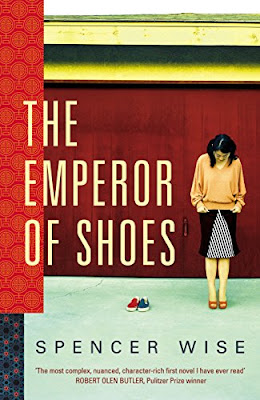 About The Emperor of Shoes

From an exciting new voice in literary fiction, a transfixing story about an expatriate in southern China and his burgeoning relationship with a seamstress intent on inspiring dramatic political change.

Alex Cohen, a twenty-six-year-old Jewish Bostonian, is living in southern China, where his father runs their family-owned shoe factory. Alex reluctantly assumes the helm of the company, but as he explores the plant's vast floors and assembly lines, he comes to a grim realization: employees are exploited, regulatory systems are corrupt and Alex's own father is engaging in bribes to protect the bottom line. When Alex meets a seamstress named Ivy, his sympathies begin to shift. She is an embedded organizer of a pro-democratic Chinese party, secretly sowing dissonance among her fellow labourers. Will Alex remain loyal to his father and his heritage? Or will the sparks of revolution ignite?

Deftly plotted and vibrantly drawn, The Emperor of Shoes is a timely meditation on idealism, ambition, father-son rivalry and cultural revolution, set against a vivid backdrop of social and technological change.

My review of The Emperor of Shoes 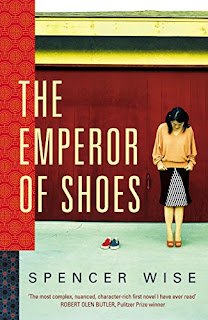 The Emperor of Shoes was a pure delight to read from beginning to end. This work of literary fiction highlights social injustice, political differences, and that at the end of the day we are all human. It's a thought provoking and highly innovative read set against the backdrop of the brewing Chinese revolution.

Alex is forced to take over his father's shoe business in Southern China, and from the very offset I could feel his insecurity and reluctance to take on this role. I wanted to learn all about the real Alex. What his real aspirations and beliefs were, and the young man he truly was. From the moment I met Alex, I liked him. I read the book because I wanted to follow his journey and his blossoming relationship with Ivy, the seamstress.

Now, Ivy, what a character. I couldn't help but like her. She is a woman who is fiercely intelligent, but who hides this intelligence, deciding instead to  use it as a weapon against those who are in power and those who exploit the workers on low pay and low opportunities. I wanted to be Ivy. She is such an empowering young woman, with the whole world at her feet. But, because of time and place, she is trapped, unable to find her truth. During the course of the novel both Ivy and Alex learn from each other , and what they find is a common ground.

The relationship with Alex and his father is highly intriguing. The father who wants his son to succeed, to carry on the family business, at any cost. Alex finds himself doing exactly as his father instructs, but is this really him? Can he stand up to his father and for himself? This is what drove me through the pages. I needed to see Alex become the man he needed to be.

The Emperor of Shoes is beautifully written, with the Chinese culture oozing about me on every page. It was a pure delight and a timely message that even during times of political unrest and social change, the only thing that really matters is the people who surround us and who are important in our lives

I was given a paperback proof for review purposes.

The Emperor of Shoes is published b6 No Exit Press on July 26.