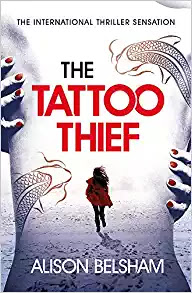 About The Tattoo Thief

A policeman on his first murder case
A tattoo artist with a deadly secret
And a twisted serial killer sharpening his blades to kill again...

When Brighton tattoo artist Marni Mullins discovers a flayed body, newly-promoted DI Francis Sullivan needs her help. There's a serial killer at large, slicing tattoos from his victims' bodies while they're still alive. Marni knows the tattooing world like the back of her hand, but has her own reasons to distrust the police. So when she identifies the killer's next target, will she tell Sullivan or go after the Tattoo Thief alone?

My review of The Tattoo Thief 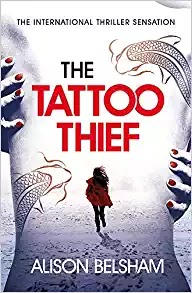 The Tattoo Thief is a dark and addictive read that I devoured in just a few sittings. Set in the heart of Brighton, and amongst the tattoo community, the police are hot on the heels of a serial killer who is after tattoos. Just this premise alone made me want to pick up this book and I was not disappointed. This is an engaging and thought provoking serial killer read.

The investigative team is led by newly promoted DI Francis Sullivan. He is not your usual whisky swilling, world weary detective. He is a church goer, he is young, and people most certainly misjudge him. His team believe he's not up to task, especially his DS, Rory, who was passed over for promotion. So, we start the book with Francis on his first job, investigating the murdering a man whose body was flayed. Francis has a desperate need to solve the case and prove that he can do the job. He is an interesting character. At first I wasn't sure about him, but as I progressed through the book I began to understand him and found him most likeble. This is a man who wears his heart on his sleeve and who cares about justice and the people around him.

This book is all about tattoos and I found the details of having a tattoo and the people who work in this industry, truly fascinating (I don't have a tattoo), much like Francis, I learnt about this community as I went along.

What I most enjoyed about this book was the interaction between Marni and Francis. Both polar opposites. Francis a devout Catholic, clean living, with no tattoos,  while Marni has experienced many downfalls in life, is covered in tattoos and tattoos people for a living. In another life these  two characters would never be seen together, would never have a conversation. But, this book allows them to strike up that conversation and the results are pure brilliance

The author has created a truly dark and menacing read. The idea that a person is murdered simply to obtain their tattoo sends chills down my spine. It's a unique story, but one that could happen, it feft completely real to me, and that is what I found most frightening. This is one chilling serial killer.

If you enjoy dark crime thrillers, and a crime novel wirh a unique concept and  compelling characters  then you'll love this story. I did!

The Tattoo Thief was published in ebook by Trapeze on 3 May. The paperback is to be released on 20th September.