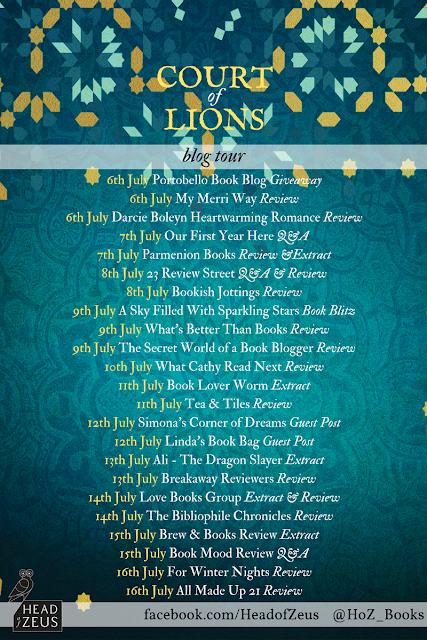 About Court of Lions

An epic saga of romance and redemption. Court of Lions brings one of the great turning points in history to life, through the stories of a modern woman and the last Moorish sultan of Granada.

Kate Fordham, escaping terrible trauma, has fled to the beautiful sunlit city of Granada, the ancient capital of the Moors in Spain, where she is scraping by with an unfulfilling job in a busy bar. One day in the glorious gardens of the Alhambra, once home to Sultan Abu Abdullah Mohammed, also known as Boabdil, Kate finds a scrap of paper hidden in one of the ancient walls. Upon it, in strange symbols, has been inscribed a message from another age. It has lain undiscovered since before the Fall of Granada in 1492, when the city was surrendered to Queen Isabella and King Ferdinand. Born of love, in a time of danger and desperation, the fragment will be the catalyst that changes Kate's life forever.

Court of Lions brings one of the great turning-points in history to life, telling the stories of a modern woman and the last Moorish sultan of Granada, as they both move towards their cataclysmic destinies. 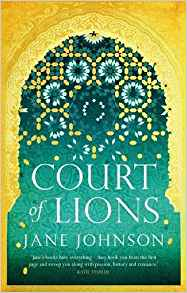 It was past eleven by the time the meal came to a lazy end with an assortment of fresh fruit from the market, and creamy homemade yogourt, and glass upon glass of mint tea accompanied by little pastries that tasted of almond and orange and honey. These were arrayed on the plate in such an intricate way that Kate was suddenly struck by their likeness to Moroccan tiles. There were crescents and stars, tiny squares and hexagons. “Oh!” she exclaimed. “They’re exquisite! Just like zellij!”
“You are kind.” Brahim beamed. “Even now that I am retired I cannot help but return to my old trade.”
“You made these?” Kate was amazed. She thought of her own father, shooing away the acrid smoke caused by setting fire to the sausages he had left too long under the grill in an ill-fated attempt to feed his family.
“Once a tile maker always a tile maker, eh, Papa?”
“As a master zellij worker, Abdou has not yet felt the need to turn his hand to pastries,” Brahim said, giving his son’s head a gentle push with the flat of his hand.
It was such a gesture of affection that Kate felt her heart clench. She should be with Luke, giving him the warmth and stability of a loving home, not leaving him in the hands of her sister, no matter how much Jess cared for the boy. One guilt slid into another as Kate realized that in all these hours—this lacuna of joyful hedonism—she had not even thought to check her phone. While father and son joked together about Abdou’s failings in the kitchen, she snuck a look at her mobile. No message, no emails, no missed calls. Nothing. The absence left a hole inside her, a small pit of anxiety. Well, it was too late to call her sister now. She’d try again in the morning. When the table was cleared and Khadija, Fatima and Salka were in the kitchen with Brahim, washing and drying the glasses (Kate having been firmly told her help was not required), she found herself alone with Abdou, who leaned suddenly across the table and ran a finger across her forearm. A shock of electricity thrilled through her at his touch, making her head so woozy that he was forced to repeat his question.
“What gave you these scars, Kate?”
Mortified, she pulled her sleeve down to cover the marks of her self-harm. “Oh, it was nothing.”
“‘Nothing’ like the scraps of paper?”
“Touché. Why wouldn’t you talk about them in front of your family?” She paused. “Are they all your family?”
The dark eyes became golden crescents of mischief. “Maybe.”
Kate pressed her lips together to prevent a more direct question escaping. “Fatima seems lovely,” she said at last.
“She is indeed lovely.” He watched her mercilessly. “But by omission, Salka is not?”
You’re digging yourself a hole. “Salka is lovely too,” Kate lied. “You know she is not. My cousin is descarada.”
Between them they worked out that this equated to “minx” in English, and Kate felt an absurd rush of relief, but it was short-lived. Didn’t cousins marry in many other cultures? Anyway, why did it matter? This man was nothing to her: she’d only just met him. But he inhabited her dreams by day and by night. And she felt the aftershock of his electric touch still.
“She lives here, your cousin?”
A lazy smile. “She lives here. The whole family lives here.” He let the moments stretch annoyingly. “Except me, of course.”
Kate felt her shoulders drop. “Oh. You live somewhere else?”
He lounged back on the cushions, so that the candlelight gilded his cheek and the tendons of his neck. The gesture was brazenly sexual: it offered his body up to her view, and he knew it—she knew he knew it. Then he tilted his head toward her. “Would you like to see where I live?”

Court of Lions is published by Head of Zeus on 6 July 2017. It is available from Amazon here. 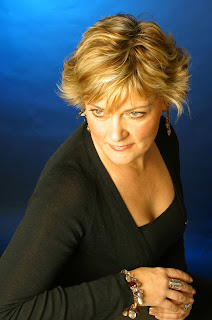 Jane Johnson is from Cornwall and has worked in the book industry for over 20 years, as a bookseller, publisher and writer. She is responsible for the publishing of many major authors, including George RR Martin.

In 2005 she was in Morocco researching the story of a distant family member who was abducted from a Cornish church in 1625 by Barbary pirates and sold into slavery in North Africa, when a near-fatal climbing incident caused her to rethink her future. She returned home, gave up her office job in London, and moved to Morocco. She married her own ‘Berber pirate’ and now they split their time between Cornwall and a village in the Anti-Atlas Mountains. She still works, remotely, as Fiction Publishing Director for HarperCollins.