The Other Twin @LucyVHayAuthor @OrendaBooks 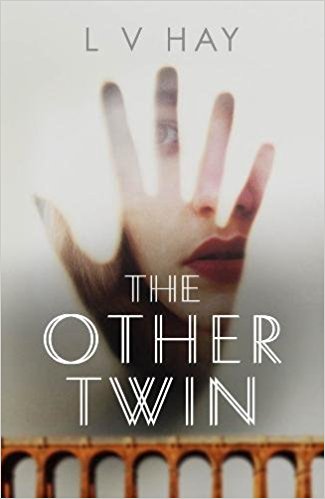 About The Other Twin


A stunning, dark and sexy debut thriller set in the winding lanes and underbelly of Brighton, centring around the social media world, where resentments and accusations are played out, identities made and remade, and there is no such thing as the truth

When India falls to her death from a bridge over a railway, her sister Poppy returns home to Brighton for the first time in years. Unconvinced by official explanations, Poppy begins her own investigation into India's death. But the deeper she digs, the closer she comes to uncovering deeply buried secrets. Could Matthew Temple, the boyfriend she abandoned, be involved? And what of his powerful and wealthy parents, and his twin sister, Ana? Enter the mysterious and ethereal Jenny: the girl Poppy discovers after hacking into India's laptop. What is exactly is she hiding, and what did India find out about her? Taking the reader on a breathless ride through the winding lanes of Brighton, into its vibrant party scene and inside the homes of its wellheeled families, The Other Twin is startling and up-to-the-minute thriller about the social-media world, where resentments and accusations are played out online, where identities are made and remade, and where there is no such thing as truth... My review of The Other Twin

The Other Twin is like a breath of fresh air. Never before have I read a book and had absolutely no clue about what was going on. This was one twisty, gut wrenching and punchy book that quite literally kept me guessing until the very end.

The novel revolves around Poppy, a woman who returns to her family home in Brighton after learning about the death of her sister, India. Poppy has lived in London for many years and had not spoken to India for a long time. She returns to find out what happened to her sister, as she believes that her sister was pushed from the bridge, that she did not jump. She believes that her sister would not take her own life. It is this personal investigation that leads Poppy into the twisted lanes of Brighton during the night time hours, and into the seedier side of Brighton life.

This novel pulls no punches, it really doesn't and I loved the blunt, and almost brutal way in which the novel is written. The language is incredibly direct, it helped me to feel as if I knew these characters, inside and out. The plot is similar to those lanes in Brighton, it is  incredibly twisted, and I was kept in the dark for most of the novel about what was actually going on, but this was the great lure abut this story, the not knowing. This though, for me, was only really part of the story. The other part was about the colourful characters, learning about who they were and their relationship with one another. They all fascinated me, and although not incredibly likeable, I wanted to know more abut them.

Poppy is fascinating. A young woman, a teacher, educated and full of life who fled to London for a different kind of life, but who feels like she has never been away, once she steps off the train in Brighton. The ties of family are heavy in this book, the ties that bind and the ties that define who you are. For Poppy, The Other Twin is very much a story of self discovery, and that she is really still finding her place in the world.

This novel is hugely current and uses social media and online blogging to great advantage. Chunks of the novel are exerts from India's blog, which help Poppy to learn more about her sister, the sister that she lost contact with and who no loner knows. Modern day life is there, on screen, for everyone to read about, and this novel will surely create conversation about the modern day blog and that personal thoughts and secrets are no longer personal.

The Other Twin is incredibly clever, a tale of family, of identity and of believing in who you are. It is a book for our modern day world. It is a chilling and compulsive read with razor sharp writing that echoes the themes of our modern day society. This is a disturbing read, but an important one. It left me thinking about the characters, the decisions they made and the society that we live in. This really is a thought provoking novel and a highly recommended read.

With thanks to Orenda Books who sent me a paperback copy.

The Other Twin published by Orenda Books on 3 July 2017 can be found on Amazon here.