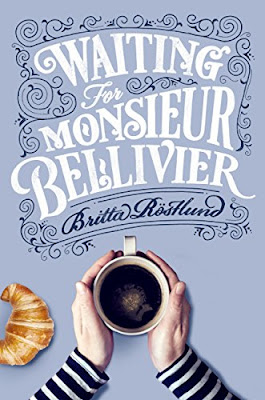 About Waiting For Monsieur Bellivier

'Are you waiting for Monsieur Bellivier, madame?'

Helena Folasadu should of course say no. She doesn't know the man talking to her, she doesn't know Monsieur Bellivier, and she certainly isn't waiting for him. But, bored of life, and sparked by a whim, she says yes. The go-between leads her to a deserted floor in an office building and offers her a large sum of money to sit at a computer and forward emails to Monsieur Bellivier. The emails turn out to be in code, and the bouquets Helena is handed every evening entangle her in an even greater mystery.

Mancebo, a Tunisian shopkeeper, lives a quiet and ordered life, manning his grocery on a street leading to the Sacré-Cœur. But one day he is approached by a woman asking whether he will spy on her boyfriend, who lives in the apartment across the street. To his surprise, Mancebo agrees. As he begins to focus on the man, his own life comes into focus, and he starts to suspect that his wife and cousin are leading secret lives.

Helena and Mancebo don't know it yet - they haven't even met - but their missions will overlap in the most surprising ways. And, as they do, we will realise that the City of Light harbours secrets in its cafés and courtyards - more secrets than its inhabitants and visitors could possibly suspect...


My review of Waiting For Monsieur Bellivier

Waiting For Monsieur Bellivier was an absolute delight to read. I was at first intrigued by the notion that a complete stranger could walk up to me and ask if I was waiting for someone, and that by simply answering  yes, I would be exposed to interesting and exciting new opportunities. This fascinated me. When Helena is approached by a stranger and answers that, yes, she is waiting for Monsieur Bellivier, we have the beginning of a gripping and extremely interesting story. I honestly could not put this book down and stayed up reading until the early hours of the morning to finish it.

The characters in this novel are sublime and I truly feel that I got to know them. Helena Folasadu is a freelance journalist and spends most of her days working in cafes. She likes the buzz of people, and that connection that she feels with the outside world. I totally understood this aspect of her character, that need for human interaction, as writing can be a lonely occupation. I feel this was one of the reasons that she said 'yes'.

Mancebo, is as equally captivating and interesting as Helena. He is a Tunisian shopkeeper, a family man who also wants excitement and change from the hum drum life that he is leading. He also says 'yes', this time to the woman living in an apartment across the street from his grocers shop, who wans him to spy on her husband, as she is fearful that he is having an affair. He believes this spying mission gives him purpose and status in life. I could understand his motives, and why he sought excitement and meaning for his life.

The storyline is a complex one and I had no idea of who Monsieur Bellivier was until the very end. But, for some reason this really didn't matter, as for me it wasn't the central focus of the book, although the book is named after him. For me, it was the getting to know Helena and Mancebo and of how these two characters evolved during the length of the book. I loved reading about them and how their lives completely changed because of simply saying 'yes'.

Paris is brought to life on the pages of this exquisite book, but what I loved was that it was not the tourist side of Paris that I read about, but rather the everyday Paris that was put to paper. The Paris that we do not see was brought to life, and I was so sad to say goodbye to this book as I felt that I was saying goodbye to a Paros that I had grown to know and love.

Waiting for Monsieur Bellivier is a pure delight to read. It is a book about identify, finding yourself and the importance of surrounding yourself with people and taking a chance on life. I adored every page.

Waiting For Monsieur Bellivier is published by Weidenfeld & Nicolson on 10 Aug, 2017. It is available to pre order from Amazon here