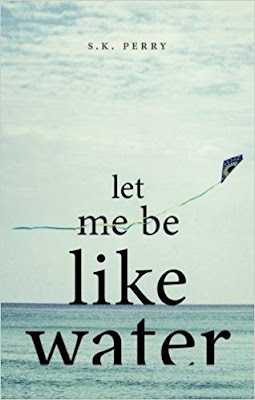 I ve met a man called Frank. He s seventy, a magician, and he tells me I need to slow down. He tells me things always work out ok when you re by the sea. But without you I don t know what ok means. I only know the empty space behind me in the mornings, the quiet while I eat breakfast, the cold spaces, the missing. I look at my hands and try to remember what I was before you, try to work out whether I will ever feel like a someone again. I thought it would be enough to escape our city, our routines, our friends. I thought it would be enough to sit with the waves on Brighton Beach and have sex with strangers and run and run until my body hurt as much as my heart. But I still feel lost and lonely. I still look at the waves and think about being part of them, holding my breath until all that is left is the water.

Holly moved to Brighton to escape her grief over the death of her boyfriend, Sam. But now she is here, sitting on a bench, listening to the sea sway... what is supposed to happen next?

She had thought she d want to be on her own. Wrecked. Stranded. But after she meets Frank, the tide begins to shift. Frank, a retired magician who has experienced his own loss but manages to be there for everyone else. Gradually, as he introduces Holly to a circle of new friends, young and old, all with their own stories of love and grief to share, she begins to learn to live again.

A moving and powerful debut which combines the emotional pull of Maggie O'Farrell with the lyrical beauty of Sarah Perry, Let Me Be Like Water is a book simultaneously about nothing and everything: about the humdrum yet extraordinariness of everyday life; of lost and new connections; of loneliness and friendship. 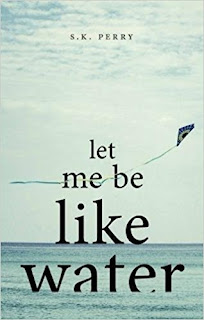 I have no idea how I am going to justify the absolute beauty of this book, but I'll do my best. It is one of the most haunting and exquisite books that I have read in a long time. It's a book about grief, about loss, but that even though you are broken, friendship and a sense of belonging can put you back together again. It is a stunningly empowering and breathtaking read about the fragility of every day human life.

We meet Holly, a young woman who flees from London to Brighton after the death of her boyfriend, Sam. She wants to run away from her grief, from those surroundings and things that remind her of Sam, but can she run away from grief and be an island? She wants to be invisible, to be alone and to simply 'be' but, while sat on Brighton Beach she meets Frank, a 70-year-old man and retired magician, and he changes everything.

This is very much a character driven novel, told through the eyes of Holly.  I felt every single emotion. I actually felt as if I was her. The grief so palpable, so real, that I had to simply close the book at times, to allow myself to breathe and think, as the emotion was so raw on the page. The storytelling is also lyrical, powerful and so very real. I found myself being swept along.

Although this is Holly's story, there is an array of wonderfully vibrant and colourful characters who help to shed light and much needed hope on this story, as there is hope. Yes, this story is very much about raw grief, and of how time shapes and moulds grief into something more manageable, but ultimately it is also a book about friendship, and of how being part of a close community can help to change your life, and perspective.

Let Me Be Like Water is such a beautifully written book. I can't praise it highly enough.

With thanks to the publisher, and @NikkiTGriffiths for the Advanced Reader Copy and invitation to the blog tour.

Let Me Be Like Water is published by
Melville House Uk on 10 May 2018. It can be found in Amazon here 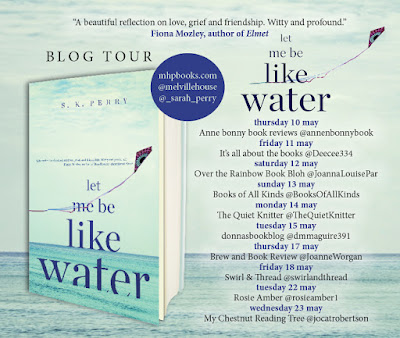