While You Were Sleeping by Kathryn Croft 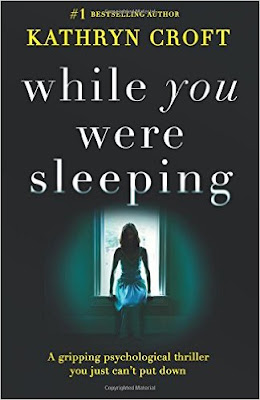 About While You Were Sleeping


You wake up to find the man beside you is dead.
He is not your husband. This is not your bed.
Tara Logan adores her perfect little family: husband, Noah, and two children, teenager Rosie and eleven-year-old Spencer.
But her happiness is shattered when she wakes in her neighbour, Lee Jacobs’ bed, with no memory of how she got there or what happened between them. And worse – he has been stabbed to death.
Convinced she didn’t kill Lee, Tara flees home and stays silent, holding her breath as the investigation grips the neighbourhood.
But as her daughter spirals out of control, and her husband becomes increasingly distant, Tara starts to wonder if someone in her own life knows what really happened that night. And when the police turn their questions towards her, Tara realises she has to find out.
But what will it take to uncover the real story, and can she survive the truth?
A gripping, shocking psychological thriller, with a twist that will take you by surprise.

My review of While You Were Sleeping

Well I agree that this book is a 'psychological thriller you just can't put down', as I had to keep on reading this book, well past when I should have gone to sleep. This is a gripping, dark and deeply disturbing book that is unsettling and enjoyable, all at the same time. After reading some very mixed reviews, I wasn't too sure what I would make of this book, but as ever, I approach a book with an open mind, and I have to say that I loved it. There was one aspect that I did find unrealistic, I'll get to that later, but for me it did not take away from the enjoyment of the book.

Tara is the mother, wife and sister in the book. The woman who wakes up in the morning, in a strange bed, in a strange house with a strange man lying next to her who is not her husband. This man has been murdered, and she has no idea of how she came to be lying naked in his bed or of who murdered him. All she knows is that she did not do it. This is at the very start of the book, and as a reader, you believe her, you have no reason not too. We follow her on her journey through the book, as she tries to find out who the killer is.

Could it be her husband, Noah? He is distant, and was away from home when the murder took place. How strong is his alibi? Could it have been her teenage daughter, Rosie? She has a difficult relationship with adults and has been infatuated with older men in the past? The point is, the murderer could be anyone. While reading this book I didn't know who to trust. This is one of the reasons that the book works so well, even though the police procedure within it is unbelievable. I really did not believe that a police detective leading the case would give so much information to a potential suspect. But, even though this part of the novel was glaringly  unreal, it added to the mystery and the enjoyment of the book. It also made the character of Tara come alive, so I thought that it was necessary.

As for the characters, I really did not like any of them, apart from Spencer. He reminded me of my little boy. But I actually feel that I was not meant to like them, as this made me question all of their motives even more, I was more subjective towards them.

While You Were Sleeping is a fast paced, page turner of a book that I really couldn't put down. It kept me hooked from beginning to end... and the twist. Well, I really did not see that coming. I found this book to be a thoroughly enjoyable read.

With thanks to the publisher, Bookouture and NetGalley for a review copy
While You Were Sleeping can be bought from Amazon here


Kathryn Croft is the bestselling author of The Girl With No Past, which spent over four weeks at number one in the Amazon chart. Her other novels, Behind Closed Doors and The Stranger Within, and The Girl You Lost all reached number one in the psychological thriller charts.

Her fifth novel, While You Were Sleeping, will be published on 16th November 2016, and is now available for preorder on Amazon.

Having always been an avid reader, Kathryn believes in the power of words to entertain, teach and transform lives. She is also a firm believer in following your dreams and says anything is possible if you work hard enough and never give up!

Kathryn lives in Guildford, Surrey with her husband, baby son and two cats.

Email ThisBlogThis!Share to TwitterShare to FacebookShare to Pinterest
Labels: Bookouture, crime, Kathryn Croft, thriller, While You Were Sleeping