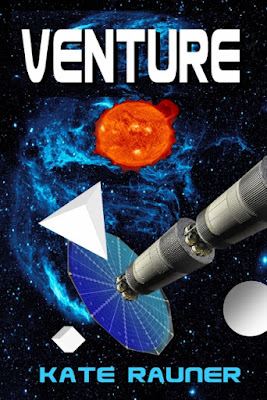 An international crew ferries their commercial space station to an enigmatic anomaly in Mars' orbit. Here our solar system touches the Helios star system, a portal that was discovered decades ago and may be lost. Harry joined the mission to escape loneliness on Earth and to indulge his obsession for gardening in space. He finds relationships grow like gardens, though not always as expected. Along their journey, they mine a dangerous comet and visit the small colony on Mars. Tensions flare among the crew, threatening their mission. Things don’t go as planned and the crew must act to save their mission and their lives. A story combining adventure with life aboard a space station .


My Review of Venture

Venture is the sequel to the first book by Kate Rauner, Glitch, that we are given a snippet of in the book's prologue. I have not read Glitch, but for me, Venture worked very well as a stand alone novel. Hand on heart, I read very little science fiction, so I was a little nervous about reading Venture, not knowing if I would enjoy the story, or indeed understand it. But I did. I think that this was down to the author fully explaining the intricacies of Space travel and the mechanics of working is Space, of which I have absolutely no knowledge. What the author managed to do was to make the storyline very easy to follow, in that I knew why certain procedures needed to be done and what the 'living in Space' experience was like as a human far, far away from home.

Although this is a science fiction novel, for me the novel was based very firmly upon human relationships and emotions. One character in particular, Harry, really fascinated me and I found that I eagerly followed his story. He had been sent on the mission as the Life Support Specialist, meaning that his job was to attend to the gardens onboard, in order to maintain the crew's air and water supplies. So a vital job. We learn that back at home, Harry was a keen gardener, and that one of his reasons for taking part in the mission was to gain friends and to escape his lonely life back on Earth. I loved this character, who for me was plainly on the autistic spectrum. As a mother of a young son with autism, I could clearly read between he lines about tins highly intelligent and perceptive young man, who simply had problems reading faces and communicating with others. I followed him closely, waning the absolute best for him.

I cannot review the actual storyline without giving the plot away, but all I will say is that this book is fast paced with many twists and unexpected happenings. It is also an incredibly easy read because of the simplistic terminology that is used. As a reader, you fully understand the scientific processes and orders that are given, but are not overwhelmed with scientific jargon. This fine balancing act has been mastered beautifully.
For me, the real heart of this science fiction novel, is that of working as a team. We learn the importance of friendships, the boundaries of our understanding and ultimately the lesson of humility. Venture is a fantastic read, even if you are not a science fiction fan. 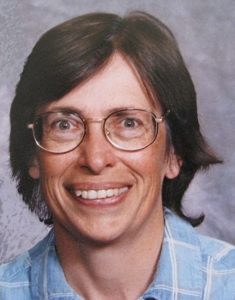 Kate writes science fiction novels and science-inspired poetry, and serves as a volunteer firefighter. She's also a retired engineer and Cold War Warrior (honestly, that's what Congress called workers in the nuclear weapons complex of that era.) Now living on the edge of the southwest's Gila National Forest with my husband, cats, llamas, and dog, Kate says she is well on her way to achieving her life-goal of becoming an eccentric old woman.