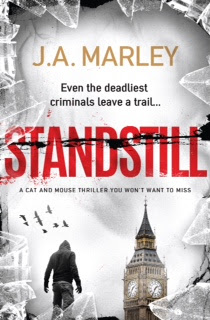 About Standstill
Even the deadliest criminals leave a trail…

When a psychotic policeman drags the young, ambitious thief, Danny Felix out of bed, he could not imagine he was about to be plunged into the robbery of a lifetime.

Corruption and coercion follow the corrupt Detective Inspector Harkness everywhere he goes and now he has Danny just where he wants him.

But Harkness isn’t the only officer with Danny in his sights. Christine Chance is getting closer to him while doing her best to be a mother to her seriously ill daughter.

Can Danny escape Harkness with his life intact? Can he avoid detection by Chance?
And does he have what it takes to use the streets of modern day London to pull off the theft of the 21st Century?

Danny thinks he can...but there will be bloodshed.

My review of Standstill 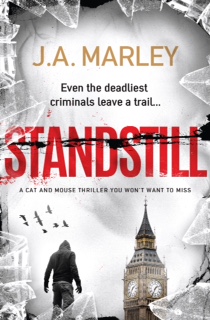 Standstill is a crime novel with a difference and I thoroughly enjoyed it. The lines between good and evil are cleverly blurred in this gripping tale of crime and corruption. It's a fast paced read with lots of action but ultimately has characters that we care about.

Set in the heart of London, the novel revolves around three central characters, all of whom intrigued me. We have the corrupt and psychotic policeman,  Detective Inspector Harkness, who on paper we should loathe,  but there is a certain charm about him, an energy that rises from the page, that entices you in and urges you to understand his pont of view. I didn't like him, but I did pity him. He's a complex character.

The young and opportunist thief,  Danny Felix, is easier to understand. I 'got him' and understood where he was coming from and why he had chosen his current and destructive path. I couldn't help but like him. He finds himself in an impossible position,  doing things that are out of his control,  and his personal story gripped me.

The final character in this colourful trio is that of Christine Chance who is a member of the Flying Squad. She is the character that I understood the most,  the one I clicked with,  and when this happens I know that I am in for ah enjoyable read.  Here is a woman who has one hell of a professional responsibility,  a responsible job in which she needs to protect the public.  She is tough, oponionated and single minded,  but she is also the mother to a child with a serious medical condition and she has to balance these two parts of her life, personal and professional, and this is what makes for such an enjoyable read.

Danny, although in league with Harkness, needs to watch his back,  from those in opposition on the street, his rivals, and from those in power.  But who can he trust?

Standstill is a modern day thriller that is unique. The book is witty, yet violent at times. It twists and turns in completely different directions and it intrigued me as a reader.  The description of London when it does indeed cone to a standstill is simply quite stunning.

Standstill is an impressive debut. There are characters that we care about,  a pace that is unrelenting with a clever and twisted plot.  I can't wait to read the next installment.

With thanks to Bloodhound Books and Sarah Hardy for inviting me on the tour and the electronic book copy. 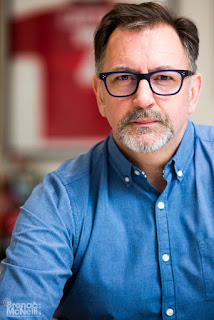 John A. Marley’s writing career started with a poem about two brothers who both liked sausages…their names were Butch and Dutch and his Primary School teacher Mr. Murray liked it so much it made the main noticeboard at the entrance to Holy Child Primary School in West Belfast.  A little older but none the wiser, he ended up as a film journalist in his native Northern Ireland, contributing to local newspapers, BBC Radio Ulster and latterly writing as the main film critic for the glossy magazine, Northern Woman.

John’s love of good stories came from the Irish predilection for telling a good yarn and the fact that there was nothing quite like sneaking away his Dad’s battered paperbacks to read even though he knew they were meant for adults and not kids. And so pulp fiction such as The Edge Westerns by George G. Gilman, the adventure novels of Alistair MacLean and the thrillers of Jack Higgins all served to whet his appetite for a good story told at pace.

These days, his reading tastes still focus on thrills, spills and good plot and he can’t walk by a James Lee Burke or an Elmore Leonard without pausing to read a few pages…even if it is in a busy bookshop.

John A. Marley is also a TV producer with a proven track record in creating and producing distinctive, original entertainment and factual programming and formats for both a UK and international audience. His eclectic portfolio of high-profile shows include Britain’s Ultimate Pilots: Inside the RAF, Britain’s Flying Past, Staraoke, Best of Friends, Skatoony, Noel’s House Party, Through the Keyhole, SMTV:Live/CD:UK, How Euro Are You? and live coverage of “The Oscars” with Barry Norman. 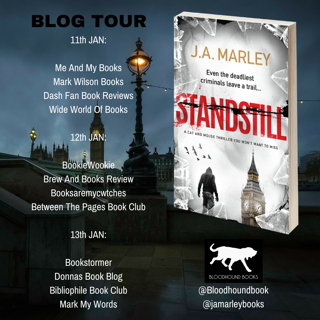