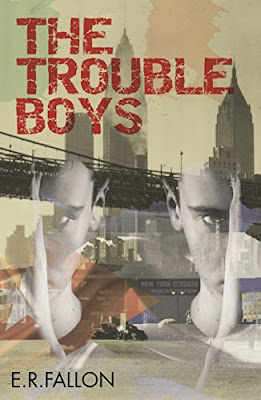 About The Trouble Boys

The Trouble Boys is an historical crime novel about the Irish mob in New York City from the 1920s to the 1950s. The story opens in pre-WWII Europe when young Irish immigrant Colin O’Brien settles with his family in New York City. There Colin befriends a Cuban-American boy named Johnny Garcia. Life in America isn’t what Colin’s family expects and he experiences a shocking tragedy that alters his life.

As Johnny and Colin grow into men, their friendship changes. They begin working for different crime syndicates, with Colin joining the ranks of charismatic Tom McPhalen’s Irish mob and Johnny becoming a member of debonair Tito Bernal’s Cuban gang.

As Colin’s rise in the ranks of organized crime becomes increasingly more brutal and demeaning and his friendship with Johnny deteriorates, he begins to question his place in the seductive yet violent world he’s found himself in.

My review of The Trouble Boys 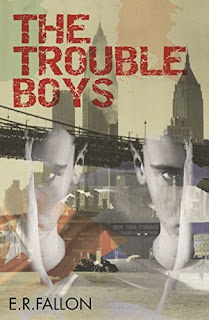 The Trouble Boys was an absolute delight to read. At first glance this is a story that focuses upon the criminal world of the early 1900s in America. But in fact this novel is so much more than a historical crime read. It's a novel about family, about trust, and the value of life, all of which is beautifully told.

The novel begins with Colin O’Brien, a young Irish boy who emigrates to New York City with his family.  There he meets Johnny Garcia, a young Cuban-American. It is during this time that Colin suffers a tragic life event and this grief,  coupled with his new friendship, sets him on a new life path that is both dangerous and bound within the underworld.

I liked reading how the two boys become men, and of how they eventually grew apart. Over the years Colin's position in the criminal world grows and he becomes a prominent member of the Irish group.  Johnny becomes a gang member in a rival gang. But Colin begins to question his future and if what he is doing is right.

What I particularly liked about this book was that I was invited on a journey. I met Colin when he was eight, and then travelled with him on his journey until he was a young man.  I saw what he saw,  the excitement and bewilderment of entering a new country, of feeling alienated from everyone around you and not fitting in. The descriptions of New York City during the 1920s were so evocative that I could smell and taste the city.

Although this book is dark and gritty, in that we read about the seedier side of life. At the heart of this story is a tale of male friendship from childhood through to adulthood. Reading their story made me want o weep. To weep for lost childhood and lost innocence and that friendship evolves and changes due to life's events.

The Trouble Boys is a compelling read from beginning to end. It's an emotional read which surprised me a little, as I was expecting a gritty crime novel (which it is) but it has a deep emotional level that made me connect with Colin. It is an incredibly unique story and I can't wait to read more books by this author.

The Trouble Boys is published by Urbane Publications on 22 Feb. It can be found on Amazon here.

With thanks to the publisher for the advanced proof paperback copy that was provided for review purposes.
Posted by jo at 05:00