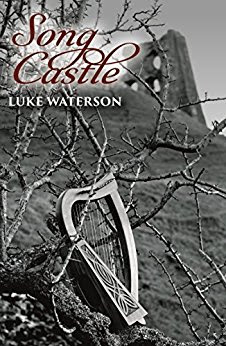 In a land rocked by conflict, one man desires to be remembered for something truly remarkable…

Wales, 1176: in a rain-drenched outpost of Christendom, the great lord of a newly built castle is throwing a party, the like of which has never been seen before. It will be a contest of song, of poetry and music, open to all comers. And now all are coming.

The festival is attracting a strange assortment of characters from across the known world. From the celebrated French troubadour suffering from writer’s block, to the Persian perfumer-poet claiming to have written the most beautiful words ever committed to parchment, all are descending on the castle of a man whose motives run far deeper than that of benevolent host.

Attempting to hold his own against such supreme talent is hopeful young songster Avery, a newcomer to the cutthroat world of bardism and susceptible to its intrigues. But the contest can only take place if the contestants survive the journey, which – on the perilous roads of Wales – is far from certain.


My review of Song Castle 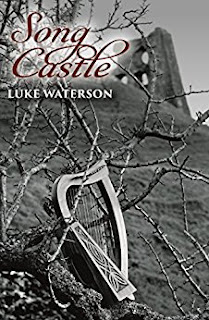 I always like discovering new authors and strive to read new genres, historical fiction being one such genre. Therefore, I was very intrigued when I read the blurb for Song Castle, with its blend of 12th century Welsh history and the beginnings of the Welsh arts festival, that today we know as the Eisteddford.

Song Castle is a beautiful blend of  adventure story, comedy, historical fiction and poetry. Each character travels through the troublesome Welsh landscape and different settlements, so as to perform at the Eisteddford.

Set in Cardigan, Wales, the main protagonist, Lord Rhys is the owner of the newly built Cardigan Castle and wants to mark its creation, and his Kingdom, with a celebration of all that is art and music. What results is an entertaining read with  endearing characters that were certainly quite different. For  example we meet Avery who is a young man travelling from York who has a talent for singing and who is trying to find his true vocation. The journey features fellow travellers from across the country and  from various backgrounds, resulting in a story that is full of fun, singing and a general sense of 12th century debauchery.

Based on historical facts, the author has created a likeable and enjoyable read.  As a travel writer, he has obviously conducted vast amounts of research into this specific period in time, as we read a narrative that is powerful in its meticulous attention to detail,  bringing in real and influential people of that time, that is an absolute joy to read.

The prose in Song Castle flows beautifully with a backdrop of evocative imagery, I actually believed that I was in 12th century Wales, that I had been transported back in time and was part of this chaotic and musical world.

With thanks to Urbane Publications and NetGalley for the digital review copy.

Song Castle was published on April 12th by Urbane Publications.
Posted by jo at 05:31