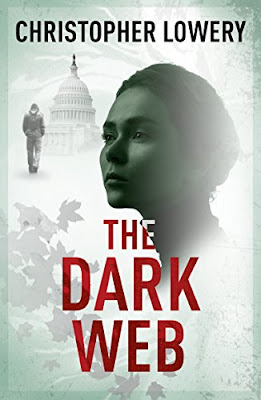 About The Dark Web

The latest thrilling instalment in the gripping African Diamonds trilogy!

The tentacles of the Dark Web are tightening their grip around the world. From Moscow to Shanghai, Washington, UK, the Middle East and Europe, nowhere is beyond their reach.

When a computer scientist dies mysteriously in Dubai, Jenny Bishop’s nephew, Leo Stewart, is hired to replace him. Leo’s life is soon in danger, but he is the only person who can find the key to prevent an impending global cyber-attack. With the help of Jenny and old and new friends, he must neutralise the threat before the world’s vital services are brought to a halt in a flagrant attempt to once again redraw the borders of Europe and Asia. Can the deadly conspiracy be exposed before the world is thrust into a new Cold War?

Christopher Lowery delivers a gripping final chapter in the bestselling African Diamonds trilogy, with a thriller that is powerfully resonant of today’s global dangers, hidden behind the ever-changing technological landscape. 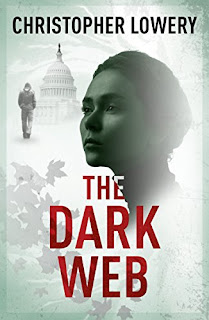 My review of The Dark Web

The Dark Web had been on my kindle for several months and I was so glad that I finally found the time to read this fast paced, techno thriller that is the final book in the African Diamonds trilogy. This book hooked me from the very beginning, with its dramatic opening  that plunged me into the corrupt and murky world of the dark web.

I will just mention that I read this book as a stand alone novel and, for me, it worked. I will though go back and read the previous two books in the series to find out Leo's back story, and to find out how the whole story began.

There are so many wonderful characters in this book and all bring their own unique flaws, drama and intrigue into the mixing pot that is quite frankly, a fantastic thriller. There were moments in this book that I quite literally found it hard to breathe, as I was reading so quickly in my eagerness to find out what would happen next.

Leo is a young and ambitious protagonist, who at the age of twenty-three is a leading expert in the field of computer science. He is transferred to Dubai after the mysterious death of a senior computer scientist and takes over his role. It is then that Leo finds himself at the centre of a major global cyber attack which he must stop. I loved this character, and had equal admiration for his aunt Jenny. Together with a wide supporting cast of characters, I read Leo's journey and the evolving story of secrets, conspiracy and lies.

This book is jam packed with non stop action that held my attention throughout.  The pace does not let up as we ping pong across the world from Russia to the UK and the States. Although I have very little understanding of technology and computers in general, (I switch on my tablet or laptop to access a word doc, stream music, or to browse the web), but that's where my knowledge  ends. Therefore, I was a little worried when I opened the book and came across the list of technical terms and abbreviations for computer 'speak' and tech, but there really was nothing to worry about. I soon became comfortable with this type of terminology and eased myself into the story.  So, you don't have to be computer literate to enjoy this thriller.

The Dark Web is a thoroughly enjoyable read. It has action, corrupt and intriguing characters, the good guys  all combined with a plot that has so many twists and turns that it gave me whiplash. I loved every minute of this book.

The Dark Web was published on 16 April by Urbane Publications.
Posted by jo at 06:20