The Lies Within by Jane Isaac #bookreview #BlogTour 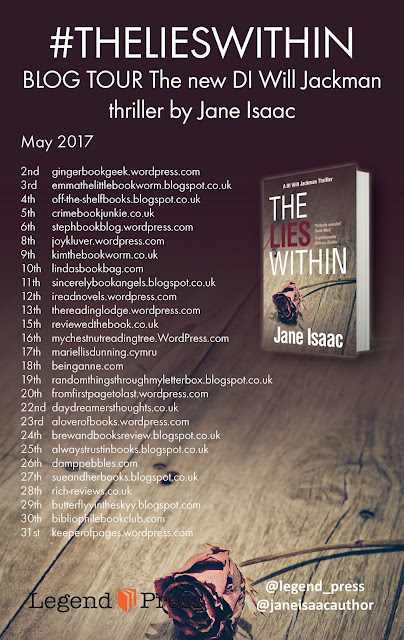 About The Lies Within


Be under no illusions by her kind face and eloquent manner… This woman is guilty of murder.

Grace Daniels is distraught after her daughter's body is found in a Leicestershire country lane. With her family falling apart and the investigation going nowhere, Grace's only solace is the re-emergence of Faye, an old friend who seems to understand her loss.
DI Will Jackman delves into the case, until a family tragedy and a figure from his past threaten to derail him.
When the police discover another victim, the spotlight falls on Grace. Can Jackman find the killer, before she is convicted of a crime she didn't commit?
A gripping thriller perfect for fans of Gillian Flynn, S.J. Watson, B A Paris and Sophie Hannah

My review of The Lies Within 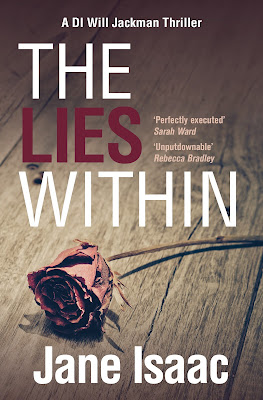 The Lies Within is the third instalment in the DI Will Jackman series. It is a fast paced thriller that gripped me from the very first page, and which knocked my breath away at the very end. Although this novel is part of a series, it works very well as a stand alone novel. This novel is very clever, it draws you in, and I couldn't help but become immersed in this fascinating story.

The novel begins in a court of law, as we watch Grace Daniels being accused of murder. We have no idea who this woman is, who she killed. or even if she is guilty, but this beginning made me want to find out those answers and to learn more about this seemingly normal everyday housewife and mother. The story then rewinds and shifts to that of a young woman, who is found murdered late one night in a Leicestershire country lane. The woman is Jo, Grace's daughter. Once again I wanhted to know what had happened to this young woman, what her story was and how the two storylines were connected.

The investigation into Jo's death is led by DI Will Jackman, a likeable man, a people person who has integrity and loyalty running through his veins. More importantly his gut instinct is never wrong, and he uses his gut in this case to find out what happened to Jo. Will is such a likeable character, you can't help but immediately warm and connect to him. His back story is also an interesting one, the wife who was involved in a car accident and who suffered a brain injury, resulting in 'locked in' syndrome, helps to shed insight into his beliefs and the way he behaves.

All of the characters in this novel are interesting. We have Faye, the long lost friend who becomes reacquainted with Grace after Jo's murder. Is this woman quite what she seems? While reading I wasn't quite sure if I could trust her, but I couldn't quite put my finger on it. She made me feel uneasy, but I didn't know why. Then we have Lydia, Grace's other daughter, Jo's younger sister, who has her own story to tell. I felt so sorry for this young teenager, having to grieve  yet support her mother at the same time.

Ms Isaac wrtes so beautifully, she brings the chatacers to life and I couldn't help but empathise with them and what they were going through. This, teamed with the fast pace and gripping narrative leads to one fantastic and enjoyable  read. The Lies Within really is a cracking read, that will keep you guessing until the very end.

The Lies Within, published by Legend Press on May 2 can be found on Amazon here.

With thanks to Legend Press for the Advanced Reader Copy. 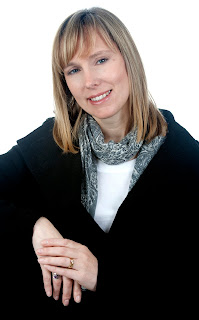 Both DI Jackman and DCI Lavery will return again in the near future. Sign up to Jane's newsletter on her website at www.janeisaac.co.uk for details of new releases, events and giveaways.
Posted by jo at 05:00